Chabalala was not born in Makwarela, Venda, as he has previously claimed.

Mpumalanga businessman Sam ‘Mshengu’ Chabalala’s real name and nationality have been revealed in court after months of speculation and denial. Sam Mshengu, as popularly known, appeared at the Middelburg Magistrate’s Court on a charge of corruption after allegedly trying to bribe a police officer to release his impounded Mercedes-Benz and to make his initial case disappear.

Mshengu was first arrested in 2019 and charged with fraud, corruption and possession of an unlicensed firearm. The Witbank Magistrate’s Court later released him on R200,000 bail.

Most South Africans had never heard of the young millionaire until he became the face of a flashy convoy of supercars that travelled to the Durban July last year.

The 28-year-old later told Aldrin Sampear on Power FM that he was born in Makwarela, Venda.

However, it was revealed in court that his real name is Gilbert Tachuona and he was born in Zimbabwe.

Daily Sun quoted state prosecutor Eric Sihlangu as saying: “The department of home affairs has indicated that the applicant obtained a South African ID through misrepresentation.”

Mshengu told Power FM that he started working at an orange farm in Limpopo at the age of 11 as a general worker whose responsibility was to pick oranges. He worked hard and earned his boss’ trust and was then moved to the trucking division of the company. There he learnt everything there was to know about trucks and the logistics business.

“I learnt everything about trucks and I loved it. I can tell you everything about a truck. He (my boss) gave me an opportunity to be a truck driver and I started delivering maize and other products for him to Zambia and other neighbouring countries. He then promoted me and I started working as a controller who was in charge of truck drivers,” he said.

Read more: Venda-born Sam Mshengu of Sam Holdings talks about how he made his millions 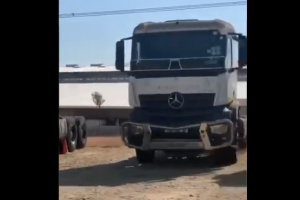 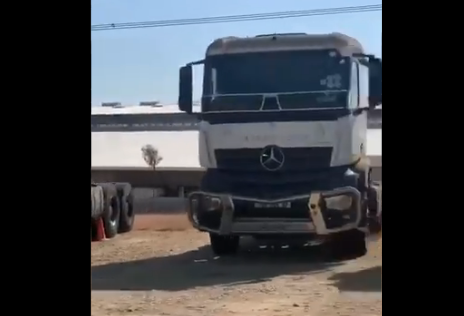