Dali Mpofu argued that he had not had a chance to consult with former president Jacob Zuma, who is currently serving a 15-month jail sentence. 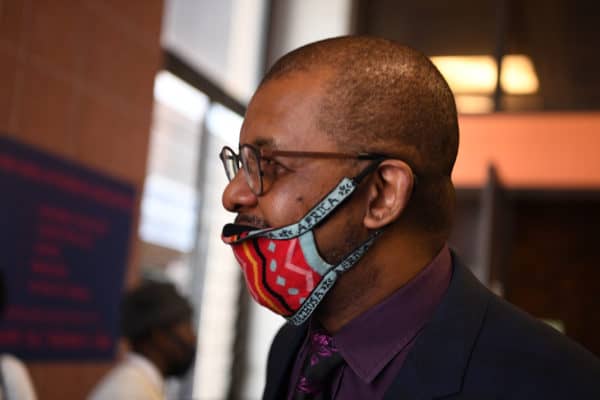 ALSO READ: Zuma has no evidence to support his conspiracy theories against Downer, court told

However, a postponement application was presented before Judge Piet Koen, who presided over the proceedings.

On Sunday, Zuma’s lawyers called for a postponement for one week, citing “violent disruptions” and Covid-19 gatherings as the reason.

The legal team indicated that they were seeking a postponement because Zuma “cannot, in the present circumstances, be compelled to have his trial conducted on a virtual platform and/or in his absence”.

No chance to consult

Advocate Dali Mpofu SC – who is representing Zuma in the proceedings –  argued he had not had a chance to consult with the former president, who’s currently serving a 15-month jail sentence at Estcourt Correctional Centre in KwaZulu-Natal.

“Unfortunately for obvious reasons and logistical reasons involved in consulting, we have not yet had another opportunity to consult former president Jacob Zuma. It was difficult enough that consultation, which we had on Thursday, the 15th [of July], was the consultation which we indicated in the correspondence my lordship,” the advocate said.

Mpofu told the court that they strongly objected to the trial and special plea application being heard on a virtual platform, therefore, they seek a postponement of “not more than two to three weeks”.

Citing Section 35 (3) of the Constitution, the advocate said Zuma did not want his fair-trial rights violated through a virtual hearing, adding that the former president wanted to lead oral testimony as part of his special plea application.

“We are now in the trial proper and the accused person is entitled to a public trial in his presence,” he said.

Zuma and French arms firm company, Thales, are on trial regarding the controversial multibillion-rand arms deal dating back to the 1990s.

The former president faces 18 charges and 783 counts related to the case, including fraud, corruption, money laundering and racketeering, while Thales faces four charges.

The NPA has denied the allegations made against Downer, with its spokesperson Mthunzi Mhaga saying they would oppose the application.