There are fears the company in question is spiriting trucks and other assets across the border to evade paying tax. 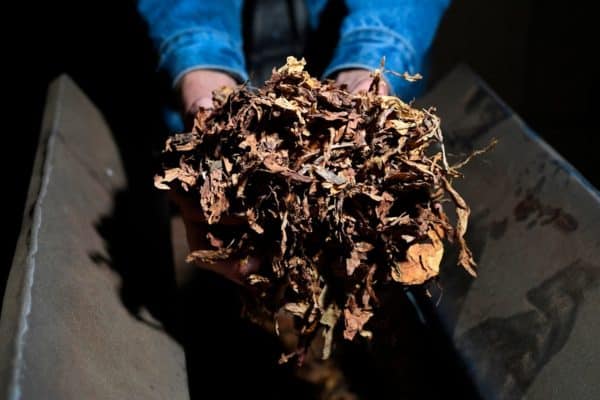 Tobacco at an auction hall in Harare. Verbena imported thousands of tons of tobacco that then ‘disappeared’ while millions flowed into its bank account. Photo for illustration: John THYS / AFP

A recent court case brought by South African Revenue Service (Sars) against Verbena Freight and Logistics Management provides a fascinating window into the world of tobacco smuggling and its staggering impact on the fiscus.

The Pretoria High Court ordered the final winding up of Verbena after Sars claimed an amount of nearly R19 billion in unpaid taxes.

In an affidavit before the court, Pule Mantso, operations manager within the debt management department which is part of the Illicit Economy Unit at Sars, claimed Verbena owes a staggering R18.99 billion in taxes – most of this (R18.88 billion) in the form of unpaid customs duty.

Verbena is described as a company specialising in cross-border transport and customs clearing and forwarding across southern Africa.

The company has its own fleet of vehicles and a sister company based in Zimbabwe.

Sars launched an audit of the company in 2019, and found the company had imported 8.1 million kilograms of tobacco between March 2016 and February 2019, all of this supposedly “care of” eight other entities listed on the customs.

Mantso says the Customs Act does not provide for the import of goods “care of” a third party.

Verbena also acted as clearing agent for the imported tobacco, which entered via the Beitbridge border post.

In terms of the Customs Act, excise duty is payable on locally manufactured cigarettes.

Several requests were made to Verbena to provide details of the imports “care of” the third party entities, but no meaningful response was received.

In December 2020, attorneys representing Sars informed Verbena that it had been concluded that the imported goods had been removed to premises controlled by the company and had been used to manufacture illegal cigarettes.

Verbena was asked to refute these claims, which it failed to do.

In March 2021, Sars issued letters of demand for R18.88 billion in unpaid customs duties, which Verbena failed to pay.

Sars then obtained a judgment against Verbena, and the sheriff attached eight trucks and other assets with a total value of R2.2 million.

“This is dismally insufficient to make payment of the R18 billion due to Sars in relation to the customs debt,” deposes Mantso.

Sars also placed liens on several other assets belonging to the company, but found several of these had been unlawfully removed from the premises, which is a criminal offence.

Sars officials then tried to track down other assets in Musina in Limpopo, but three of the given addresses could not be found and a fourth was a residential address, with the occupants knowing nothing about Verbena.

Verbena’s attorney replied to Sars on July 12, saying most of the company’s vehicles were either in disrepair or had been exported out of SA, and as such it was no longer the owner of the exported vehicles.

No proof of transfer of ownership or export was provided, says Sars, though eNatis documents showed that Verbena was still listed as owner of the vehicles.

Sars says it is assuming Roy Muleya and Ruth Dhliwayo are responsible for the management of the company.

Sars says it has intensified its investigations into the illicit trade in cigarettes which is reckoned to cost the fiscus billions of rands a year in lost revenue.

Its investigations show large volumes of tobacco being imported to SA on the pretext of being re-exported, but in reality the tobacco is used to manufacture cigarettes that disappear into the local economy and avoid having to pay excise duty.

“Those responsible for the import, such as [Verbena], simply refuse to provide any details, documents or information regarding the whereabouts of the tobacco,” according to Mantso’s affidavit.

“When Sars then ultimately demands the duties, it is unable to recover the substantial amounts due as the transgressors have hidden or dissipated their assets. This makes recovery of the unpaid debt extremely challenging and, in most instances, impossible.”

Verbena was asked on numerous occasions to explain to Sars what happened to the imported tobacco, but refused to do so.

What is known is that the tobacco disappeared and millions of rands flowed into the company’s hidden bank account, says Sars.

According to court papers, Verbena has been exporting trucks and other assets from SA since 2014, and Sars is asking the court for an urgent winding up order to prevent any further dissipation of assets.

By acting as it did in respect of the imported tobacco, and by removing containers subject to detention in flagrant breach of the Customs Act, Verbena has demonstrated that it has scant regard for the law, says Mantso.

“Against this background there is a real risk of the respondent disposing [of] these vehicles to its Zimbabwean sibling, a step that would make it practically impossible for Sars to liquidate those assets in order to satisfy the judgment against the respondent.”

Sars holds the view “that there is a serious and emergent risk that the vehicles and possibly additional assets are being concealed or being moved across the border in order for the respondent to evade the payment of its substantial tax debt.”

This explains why it was of utmost importance to grant a final liquidation order on an urgent basis.

In conducting its audit into the company, Sars says Verbena disclosed two bank accounts but withheld information about a third, an Absa bank account, on which taxable income of R68.4 million was calculated.

Sars should be ‘commended’

Fair Trade Independent Tobacco Association (Fita) chair Sinenhlanhla Mnguni says Sars, working with other law enforcement agencies, should be commended for making significant inroads in the fight against the illicit trade in cigarettes and other tobacco products.

“We have in recent times highlighted the surge in illicit cigarettes smuggled into the country via our neighbouring countries, particularly following the ill-advised, five month-long, tobacco sales ban.”

Mnguni continues: “We continue with our plea that the relevant authorities continue to monitor the situation at our various border posts, particularly Beitbridge, as there appears to be collaboration between the criminals involved in the smuggling of these cigarettes and some on-duty officials stationed at these border posts.

“We are of the firm view that better checks and balances need to be put into place by government to ensure that the system is foolproof and incapable of being easily manipulated.”

Failure to nip this in the bud will in all likelihood lead to the eventual demise of the local legitimate tobacco industry and reduce government taxes from tax the tobacco trade, says Mnguni.

“We are however very encouraged by the latest efforts from various law enforcement agencies to tackle this scourge, and we are hopeful that working together we can succeed in eradicating this menace to our society.”

‘Get this rogue importer to name its paymasters’

Says Tax Justice SA founder Yusuf Abramjee: “These actions demonstrate that a new and determined Sars team appears to be finally getting to grips with one of the world’s largest illegal cigarette markets and this is good news for all South Africans.

“The breathtaking R19 billion tax demand is double the revenue that Sars will actually collect in cigarette excise this year,” says Abramjee.

“It’s imperative that authorities get this rogue importer to name its paymasters and that a national inquiry is conducted into our tobacco trade.”

Questions were sent by email to Verbena and its attorneys, but no reply had been received at the time of publication.

Moneyweb also reached out to Verbena and its attorneys by phone, to no avail.