The directorate said there had been 'no political interference at all' which led to the delay in the unit taking decisive action on the matter. 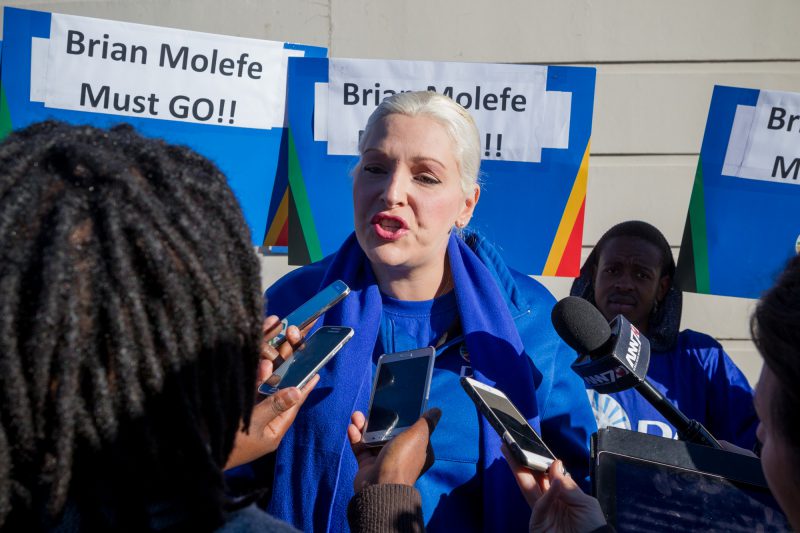 The Democratic Alliance (DA) said on Wednesday, following the arrests of a number of suspects in connection with the Bosasa corruption scandal, it was perplexed by the fact that Bosasa CEO, Gavin Watson, was not among those arrested.

DA spokesperson Natasha Mazzone questioned: “It begs the question, has the R500,000 Watson gave Cyril Ramaphosa to support his campaign to become ANC president and, ultimately, the president of South Africa, bought him immunity from prosecution?”

However, speaking to journalists outside the Pretoria Specialised Commercial Court on Wednesday, Hawks spokesperson Brigadier Hangwani Mulaudzi said there had been “no political interference at all” which led to the delay in the unit taking decisive action on the matter, though the special investigation unit (SIU) concluded its report on its probe into Bosasa in 2009.

During his marathon testimony at the commission of inquiry into state capture, the former COO of Bosasa, Angelo Agrizzi, told the commission that the company was allegedly receiving assistance from the former leader of the national prosecuting authority (NPA) to “shut down” the investigation.

The Hawks spokesperson added that those accused include three companies, namely, African Global Operations (formerly known as Bosasa) and the companies subsidiaries Sondolo IT and Phezulu Fencing.

He added that based on investigations, the Hawks have drawn up two charge sheets “because we felt that it was necessary to separate the two”.

“But that does not necessarily mean they are not connected, they are all connected into one thing,” Mulaudzi said.

Responding to a question why the Hawks were only taking decisive action now when the SIU report on Bosasa was concluded in 2009, Mulaudzi said there were numerous “issues that were raised and I think there were administrative matters that were raised”.

“What we can say is that those issues were dealt with and that is why we are here and I think that the country can take into confidence that we take these matters very seriously and I think there is still more that is going to come out of this,” Mulaudzi said.

The Hawks “are not afraid to take any action against” political leaders, high-ranking ANC officials, and Watson should they be “fingered” in the ongoing investigations, Mulaudzi added.

Those implicated in the Bosasa scandal include former SAA chair Dudu Myeni, Minister of Environmental Affairs Nomvula Mokonyane, and the Minister of Mineral Resources Gwede Mantahse, as well as Watson, according to testimony given at the commission of inquiry into state capture.

Mazzone further questioned why the minister of police, Bheki Cele, who was implicated by witness testimony at the commission, had not been among those arrested on Wednesday.

Mazzone said: “It is gratifying to know that some of those who participated in the state capture project are finally being arrested. However, our enthusiasm is tempered by the National Prosecuting Authority’s recent decision to withdraw charges against Duduzane Zuma and their similarly botched prosecution of Gupta-linked suspects Varun Gupta, Ashu Chawla, and others for their alleged part in the Estina Dairy Project scam.

“The time has arrived for South Africa’s law enforcement agencies to show that they are finally free from political interference and are able to pursue those responsible for state capture, without fear or favour.”

Malaudzi further said the Hawks did not fear that the arrests of the Bosasa officials who testified at the commission of inquiry into state capture would deter other whistleblowers from coming forward, urging those with information to approach the inquiry, the national prosecuting authority (NPA), the Hawks, or any other law enforcement agencies.

He said the state did not oppose the R20,000 bail each granted to those who appeared in court on Wednesday.

NPA spokesperson Phindile Mjonondwane said the accused who appeared in court on Wednesday would have to make a request with the investigating officer to use travel documents, which the court ordered them to hand over.

She said the accused would have to inform the state in writing and get approval in writing if they wish to make use of their travel documents and that on their return these should be handed back.

Angelo Agrizzi's corruption case postponed, state to go through his medical records
37 mins ago
37 mins ago

Angelo Agrizzi's corruption case postponed, state to go through his medical records
37 mins ago
37 mins ago