A karate instructor at Shotokan Karate International South Africa was socialising with friends at Hotel Savera when an argument broke out. 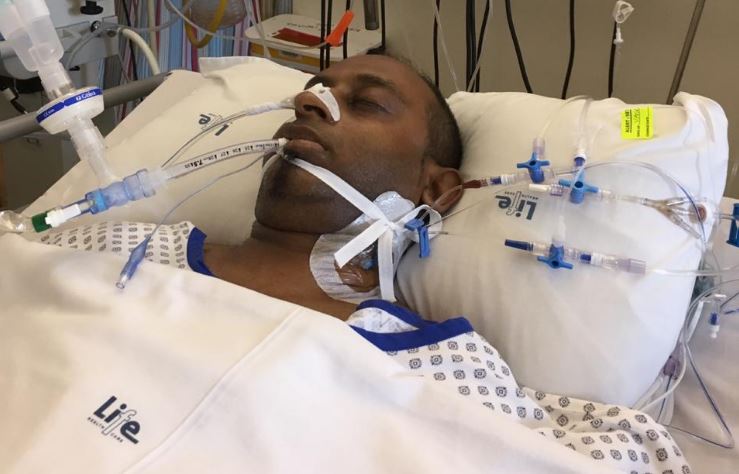 A night out with a fellow hearing-impaired friend turned tragic when one of them was allegedly attacked from behind with a bar table and kicked in the stomach several times, leading to him being braindead for more than a month, reports Rising Sun Chatsworth.

Dheenadayalan Reddy, 52, a karate instructor at Shotokan Karate International South Africa, was socialising with friends at Hotel Savera when an argument broke out.

In surveillance footage handed over to police by the hotel’s management team, Reddy’s brother Lenny Reddy said he was told that a short while after the argument, a man is seen approaching him from behind.

“He was hit with the table from the back. After he fell to the ground, the man is seen kicking him repeatedly in his abdomen area. I was told by his friend that after he was assaulted, he sat at a table and was in pain. After about an hour and a half, he managed to drive himself home. When my parents noticed that he was in severe pain and had been assaulted, he was rushed to hospital,” he said.

Despite his hearing impairment, Reddy said his brother excelled in all other aspects of life and was supposed to grade for his third Dan black belt in karate this year.

Taking a turn for the worse this weekend, doctors notified his family that there was nothing more that they could do, and his brother had to fill in a “do not resuscitate” form so his life hung in the balance.

His family fears he might not be able to celebrate his birthday in two weeks.

Explaining the extent of his brother’s injuries, Reddy said: “The doctors did a scan and found that his intestines were ruptured and his stomach fluid and contents were spewing out into his abdomen. His kidneys were also failing. He was rushed into theatre and underwent emergency surgery. 400mm of his intestines were removed. He then underwent another operation two days later and during the same week, he went into cardiac arrest. Thankfully, he was revived.

“Since being admitted, he has not regained consciousness and an MRI scan indicated that he has some sort of brain damage. He might not wake up or walk or be a normal person ever again.”

He also expressed concern as to why nobody assisted his brother at the venue and claimed that the management at the hotel did not call the police or report the incident to the relevant authorities following the fight.

“If a person was just attacked violently in your establishment, and that person was still sitting there in pain, it is obvious that something terrible is happening to that person, and yet the staff did not find it necessary to call an ambulance. Is this the kind of society that we live in?

“To date, nobody who was at the hotel on the day of the incident and who witnessed the incident came forward to make a statement,” said Reddy.

Meanwhile, manager of the hotel Avesh Ramkissoon, said: “An altercation broke out on the night in question between two patrons. Our contracted security detail immediately ensured the aggressor was removed from the premises. The second patron in question remained in the casino and subsequently left the premises about 60 minutes after that [at] his own will.”

He thanked the station commander of the Chatsworth SAPS, Brig Kevin James, and detectives from the Serious and Violent Crimes Unit, for their dedication to the case and everything they are doing in trying to make a successful arrest.

Communications officer of the eThekwini Inner South cluster, Cpt Cheryl Pillay, said they were appealing to the public to assist police with the attempted murder case that was being investigated.

“It is alleged that a man was assaulted at the Savera Hotel in Kharwastan. The victim was hospitalised due to the severity of his injuries. Investigators at Chatsworth SAPS have obtained video footage from the hotel, which has been sent for analysis,” she added.

The station commander of the Chatsworth SAPS, Brig Kevin James, has been liaising with family members and assures them that investigators are committed to ensuring that the alleged perpetrator is apprehended and placed before the criminal justice system.