Claims by Ninow that 'there are drugs everywhere in prison' will also be investigated, a DCS spokesperson said. 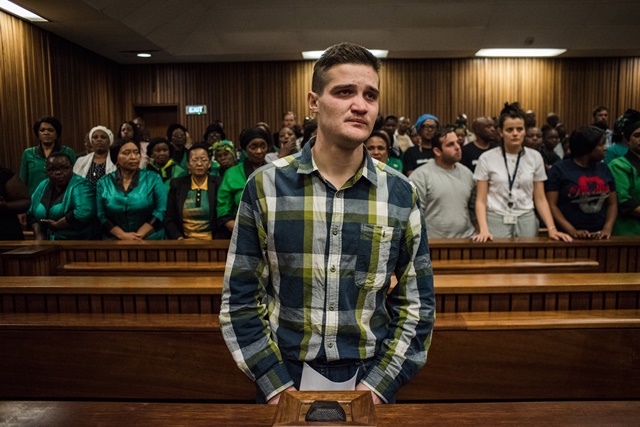 The Department of Correctional Services (DCS) will assess whether convicted rapist Nicholas Ninow is a risk to himself after statements about suicide were made during his pre-sentencing proceedings last week.

The Gauteng High Court in Pretoria sentenced him to life in prison for the rape of a 7-year-old girl in the bathroom of a Dros restaurant in 2018.

He was also found guilty of defeating the ends of justice and the possession of an illegal substance.

Judge Mokhine Mosopa sentenced him to five years behind bars for each of these and one five-year term was ordered to run concurrently with the life sentence.

During pre-sentencing proceedings, Ninow, who took the stand to testify in mitigation of his sentence, made several references to wanting to commit suicide and also mentioned it in a poem he wrote for the victim.

Psychologist Marina Genis, who also gave evidence in mitigation of sentence, told the court that Ninow explicitly said he would kill himself if he was given a life sentence.

Genis testified that Ninow had tried to commit suicide on three occasions before he was arrested in September 2018.

DCS spokesperson Singabakho Nxumalo told News24 that they would sit down with Ninow to establish if he was a risk to himself.

“Like other inmates, he will be monitored as the first few days after arrest or sentencing are psychologically challenging in a correctional facility,” Nxumalo added.

Ninow, who officially started serving his life sentence on Thursday, now becomes a sentenced inmate and will be assessed in his first 21 days.

“The needs-based assessment is conducted by various specialists and that process will include, amongst others, psychological, medical and security aspects. This process is not only about the inmate’s healthcare needs, but the information gathered during this process assists in the compilation of a correctional sentence plan,” Nxumalo said.

Nxumalo said because Ninow was given a life sentence he automatically became a maximum offender. However, a security classification will still be conducted. This will determine an appropriate correctional facility in which to house Ninow.

Ninow also made a shock admission that his drug use continued after he was arrested and imprisoned.

He has been an awaiting-trail prisoner at Kgosi Mampuru prison in Tshwane since his arrest.

“It must be investigated when he accessed drugs, from where and the identification of whoever may have been involved.

“Drugs are classified as a contraband and not allowed inside our centres. Hence, you must be charged criminally should you have them in your possession,” Nxumalo said.

“An investigator will have to be appointed to look into what Ninow has said in court. It is a serious issue for the department and we will follow it through in order to ensure that whoever is involved in the smuggling is identified and dealt with through the criminal justice system.”

Nxumalo also said Ninow was in a communal cell.

Previously, he said Ninow was kept in a single cell, separate from the general prison population.