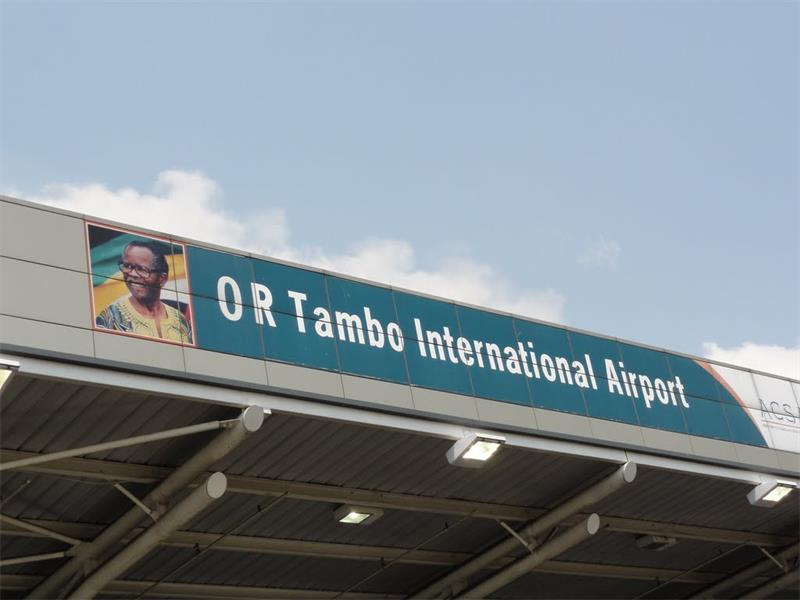 A ground handling company employee at OR Tambo International Airport has been arrested, after he was found in possession of a football shirt.

The arrest forms part of a festive season security campaign, which has seen 3 500 people and 560 vehicles, working on the airside the airport, stopped and searched since the peak season began. According to EWN, over 30 arrests have been made during the festive season security operations at OR Tambo International Airport, of which 10 were airport staff.

According to airport spokesperson Samukelo Khambule, the latest arrest took place on Boxing Day when the suspect placed his jacket into a scanner and it was found that there was another garment – a new soccer shirt of Dutch football team Feyenoord – wrapped inside the jacket.  He was unable to account for his possession of the shirt and was arrested.

“The aim of these stop-and-search operations goes beyond detecting and intercepting criminal activity. The random nature of the operations increases the risk of detection, creates further uncertainty in the minds of criminals and helps to prevent crime,” says Khambule.

The airport precinct is monitored by close to 3 000 CCTV cameras with more than 200 of those covering baggage handling areas.

Another focus is illegal porters and touters who approach arriving passengers, says Khambule.

“These operators are expelled from the buildings and in some cases are arrested.”

Earlier in December, a touter – Kunde Kwini, 43 – was convicted in the Kempton Park Magistrate’s Court and fined R5 000 or five-months imprisonment. Kwini had been warned in writing on several occasions and had also been issued with a banning order under Civil Aviation Regulations, she adds.

The featured image has been changed from one showing an SAA check-in desk. SAA was not involved.