148 arrested in Gauteng for gatherings, liquor trading and refusing to stay home

The Gauteng Premier has warned that those who tested positive and fled to other provinces will be traced. 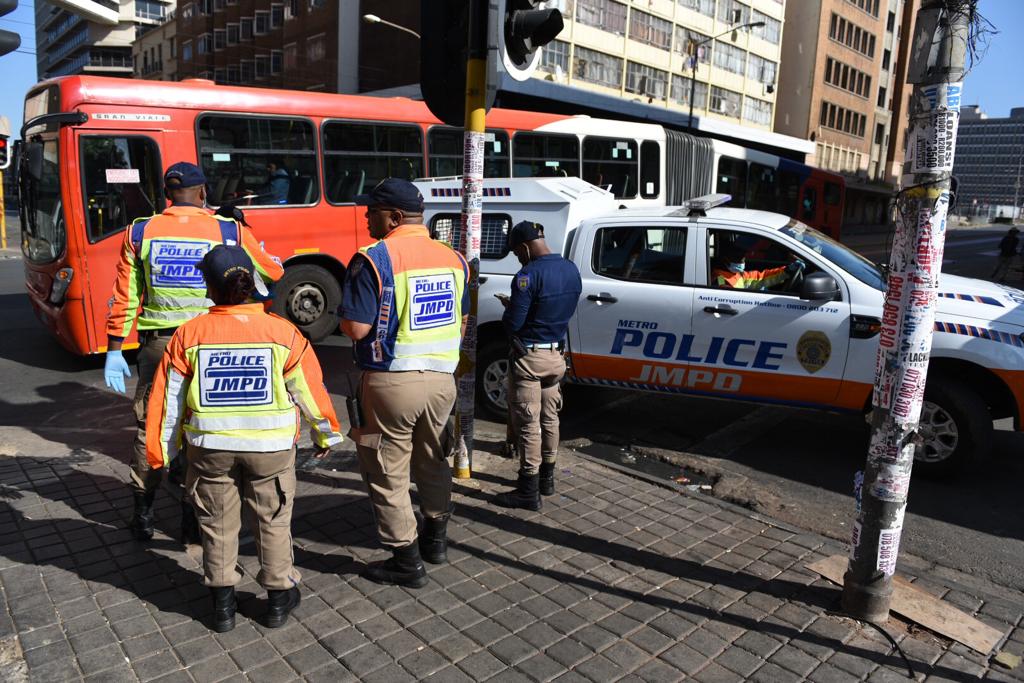 Scenes in the Joburg CBD on the first day of lockdown, 27 March 2020. Picture: Michel Bega

Gauteng police have arrested 148 people and issued warnings to 25 others for failing to adhere to lockdown regulations in place since the start of the 21-day lockdown in the country on Friday.

“We have arrested them and their customers. We have also arrested taxi operators [for working] beyond their operation times and some for overloading,” he said.

He added that police are strengthening the number of officers and resources to ensure that Gauteng complies with the regulations.

At the time of publication, Gauteng had 545 positive cases of the novel coronavirus – the highest number in the country. The latest national figures are yet to be released but figures announced on Saturday are 1,187.

“We will apply zero tolerance to those disregarding our regulations. We have observed people who continue trading in liquor and those participating in street gatherings. We call on them to respect and recognise our regulations.

“We have identified 43 major and secondary roads where there is a high volume of movement and we have prioritised 11 of them leading to other provinces.

“We will employ 24/7 lockdown roadblocks supported by the SANDF (SA National Defence Force). In other municipal roads, we will apply soft-blocks. This is a matter of life and death,” said Mawela.

He has assured social grant recipients, especially the elderly and disabled who are expected to be paid from Monday, that police will be visible at pay points.

“From Monday, there will be a high movement of cash in Gauteng and we are alive and ready to protect that cash movement.”

Gauteng Premier David Makhura has warned those who tested positive and fled to other provinces, that they will be traced.

“It is our collective responsibility to find those who spread Covid-19. We are at 82% success rate of finding contacts and are improving in doing that through technology.

“We are improving in tracing those who have contacted locals and tourists who may have tested positive. We have been worried about a number of contacts who were not traceable.

“We have trained over 4,000 community health workers to be part of the tracing team on the ground [and] have used technology a lot to track those who may further put others at risk,” Makhura said.

“There is no need for people to panic. Shops will not be closed. They will only close at stipulated times.

“We have noticed that there have been large number of taxis moving people to malls. That is not allowed because public transport is meant to transport essential services workers only.

“This coming week, we look at greater effort to track down all those who may have contact with people who have tested positive. We are ramping up testing sites and are using technology to trace people,” he said.

Makhura added that high-density areas, such as Alexandra, were top priorities.

“Once we found one person who tested positive, we will swiftly find those who have been in contact with the person. Our main worry in high-density areas is the spread of the virus and lack of isolation.

“Once we find a contact in an area of high risk, we will act as quick as possible. We are doing that now,” Makhura added.