The arrest came after four suspected illegal miners appeared in court on Friday. 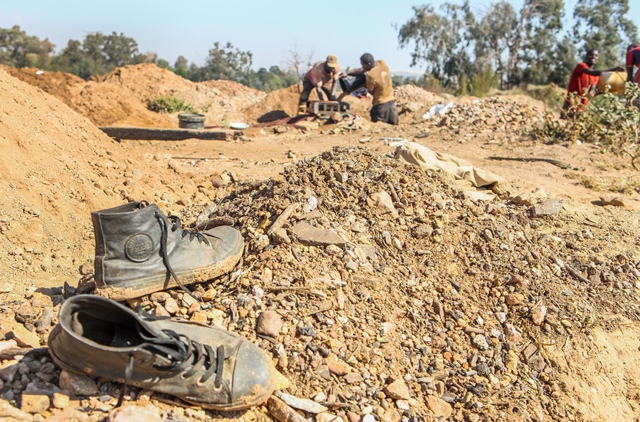 Limpopo police have arrested a man for allegedly transporting minerals believed to have been obtained from illegal mining in the province.

The arrest came after four suspected illegal miners appeared in court on Friday.

“In the Masemola area, the 37-year-old man was arrested while driving a truck loaded with chrome, which is believed to be from illegal mining activities,” said police spokesperson Colonel Moatshe Ngoepe.

The truck and its load were confiscated.

In a joint operation with members of the provincial Organised Crime Unit, the Public Order Police Unit and the Tactical Response Team to fight illegal mining in the Bogalatladi and Masemola areas outside Lebowakgomo, officers confiscated a second vehicle – a front-end loader truck.

The second vehicle was found abandoned in Bogalatladi.

The arrest came after three people – Evans Sekgobela, 28, Chomonora Chomonora, 36, and Rebecca Addo, 38 – appeared in the Sekhukhune Magistrate’s Court on Friday. They were apprehended during an intelligence-led joint operation in the Apel policing area outside Lebowakgomo on 21 June.

“Their arrest follows a tip-off from members of the community in Bogalatladi Village about the three suspects allegedly mining chrome illegally. The information was immediately followed up until these suspects were found busy mining illegally, and [were] arrested on the spot,” Ngoepe said.

They were denied bail. Their case was postponed to 7 July.