Pregnant mom Anneline Louw was shot multiple times and her family now fears for her baby. 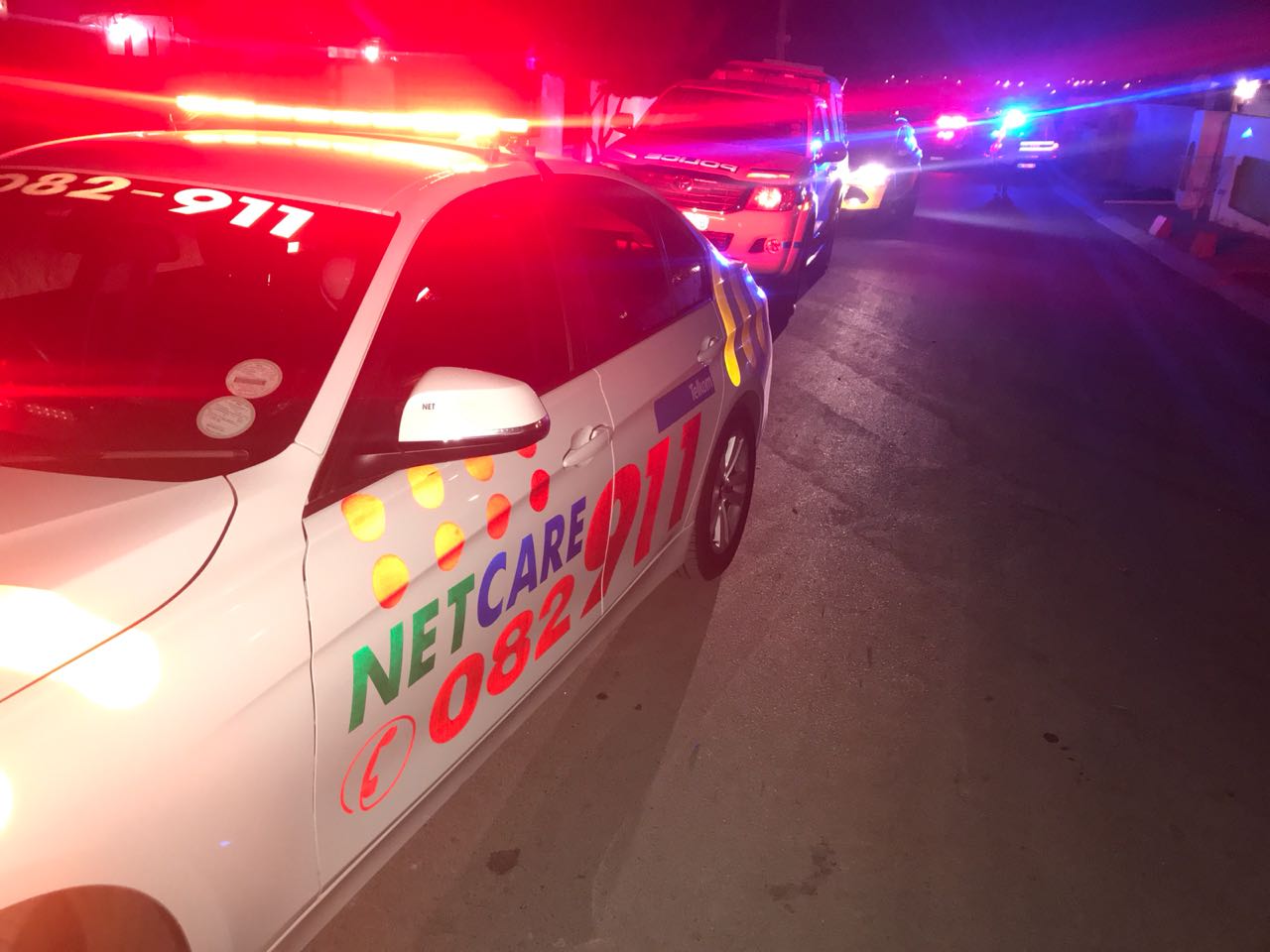 Netcare 911 and police officers at the scene of a crime.

A drive-by shooting in Hanover Park has reportedly left a pregnant woman seriously injured and a man hospitalised on his birthday.

He said the man and the 24-year-old woman had been shot and wounded while walking in Surwood Walk, Hanover Park.

This after unknown individuals in a car opened fire on them.

“Both victims were transported to a medical facility for treatment,” Van Wyk said.

According to the Daily Voice, pregnant mom Anneline Louw was shot multiple times and her family now fears for her baby.

Her sister, Carmen, told the publication that Louw had been walking with her uncle, Mario, on her way to the shop. He had been on his way to work in Tokai. Sunday was also his birthday.

Carmen said the two hid in a neighbour’s yard after the shooting.

Locals had taken her sister, due to give birth this month, for medical treatment.

Van Wyk said that attempted murder cases were being investigated.

Last month, a pregnant woman was murdered in Scottsdene, Kraaifontein.

Shaida Nathan was nine months pregnant when she died in a volley of bullets aimed at a shack she was in, in Kliphok Street, on 21 June.

She was one of four people shot.

Nathan, 30, and her baby were confirmed dead on arrival by an ambulance crew dispatched to the scene.

Three men have since been arrested.