Last year he disappeared, leaving a note for his wife claiming that he was going to commit suicide. There are two warrants of arrest out for him.

It has been nearly two years since Sam “Mshengu” Chabalala caught the attention of South Africans at the Durban July in 2019 with probably the longest convoy the event has ever seen.

The convoy boasted top-of-the-range cars, with “Sam” written on their number plates. Mshengu apparently spent R500,000 on petrol only for his 72-car convoy.

Since then, the Department of Home Affairs initiated a probe into his citizenship following allegations that he was actually from Zimbabwe and may have allegedly obtained his South African citizenship illegally.

Mshengu was then arrested on 8 September 2019 and charged with fraud, corruption, and possession of an unlicensed firearm. The Witbank Magistrate’s Court released him on R200,000 bail a week later.

After a lengthy bail hearing, Chabalala was granted bail of R500,000 by the Middelburg Magistrate’s Court.

ALSO READ: Why you should not share your success on social media, according to Sam ‘Mshengu’ Chabalala Now police are looking for him after two warrants for his arrest were issued on 6 March last year.

This after he failed to appear in court on the charges of fraud, corruption and the possession of an illegal firearm.

In March last year, the Hawks asked for the public’s assistance in locating the fugitive, officially known as Sambulo Bruce Chabalala.

He disappeared last year, leaving a note for his wife claiming that he was going to commit suicide.

According to investigating officer Captain Dietlof Meyer, Mshengu is still at large.

“At this state we can’t say anything because it will sabotage the investigation. He is still at large, but we have information that we’re working with. Two warrants of arrest have been sent out for him,” he told The Citizen. 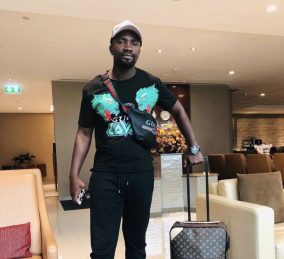 In an interview with Power FM in 2019 about how he had acquired his wealth, Mshengu said he started working at an orange farm in Limpopo at the age of 11 as a general worker whose responsibility was to pick oranges. He worked hard and earned his boss’ trust and was then moved to the trucking division of the company. There he learnt everything there was to know about trucks and the logistics business.