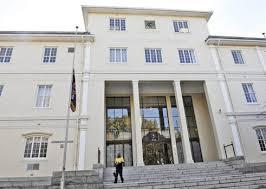 The Constitutional Court on Thursday ruled in favour of Stellenbosch University, ruling that a 2016 change in language policy, making English one of the main languages alongside Afrikaans, is reasonable and should remain in place.

Organisation Gelyke Kanse (Equal Opportunity) along with the president of the Conviction of the Stellenbosch University and others initially took the case to the Western Cape High Court to have the policy reviewed and set aside.

It was the applicants’ belief that the policy infringed on the rights of Afrikaans-speaking students.

They argued that the policy abandoned Afrikaans as a primary language of instruction.

However, the university countered that their assumption was mistaken.

But the applicants approached the Constitutional Court to challenge that ruling.

Now the highest court in the land has ruled that the university was justified in deciding to adopt the policy.

In a statement, the university stated: “The policy explicitly made provision for students who prefer to study in Afrikaans, while also improving access to education for students who are proficient in English only… The language policy also makes provision for mechanisms for academic oversight, effective management and good governance relating to language implementation, within a framework that enables faculties to customise their language implementation plans, and their mechanisms for accountability and reporting to the relevant structures.”

It said the purpose of the policy was that every faculty compiled its own language implementation plan.

The institution said that, in instances where classes were large, an effort would be made to offer separate lectures in Afrikaans and English where possible.

The policy and plans must ensure that no student who has yet to master Afrikaans or English at an academic level will be excluded from academic tuition.

“When students from both language groups are studying the same module, both groups will participate in group work, class assignments, tutorials and practical sessions, the aim being to stimulate frank debate and a diversity of ideas and viewpoints.

“Where Afrikaans and English are used in the same lecture, all information will be conveyed in at least English, with a summary or notes of key points in Afrikaans as well. Questions will at least be answered in the language in which they are asked,” said Stellenbosch University.