We are placing pupils by the hour, Western Cape education dept says

In December, Education MEC Debbie Schäfer indicated that the majority of the province's schools were full and popular schools still had long waiting lists. 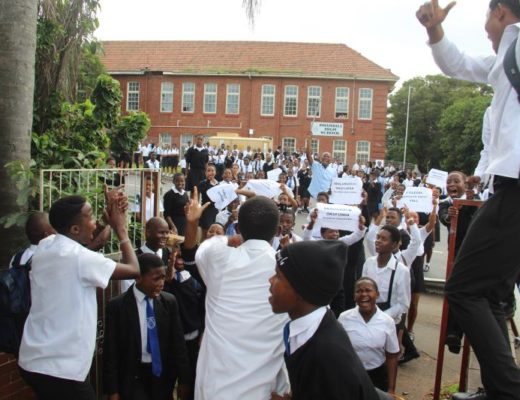 The Western Cape Education Department is helping parents place their children at schools ahead of the first day of school on Wednesday, but says it remains a challenge because of various factors.

“We are placing learners by the hour. However, we know that placement will remain a challenge, especially because we are receiving new applications from parents who have either transferred or moved during the holiday period, or by those who did not apply last year when required to do so,” department spokesperson Bronagh Hammond told News24 on Tuesday.

“This places pressure on us and our planning.”

Hammond was unable to indicate how many pupils had yet to be placed as they were waiting on schools to provide them with figures.

“Without this information we cannot accurately provide statistics as it would be false and inflated to the real numbers.”

Hammond confirmed that at Voortrekker High School in the southern suburbs on Monday, four parents had demanded to see the school management after being stopped by security at the gate.

She said these parents had, however, never previously applied to the school and were informed that the school was full.

“It was definitely not a protest or a large crowd.”

She was not aware of any disruptions at schools because of placements.

Before schools closed in December, Education MEC Debbie Schäfer indicated that the majority of the province’s schools were full and popular schools still had long waiting lists.

“Parents may have to wait weeks or even months to find places in schools in the Western Cape, if they do not already have places,” she said at the time.

“While we have planned thoroughly for growth, subject to available budget, we have reached our capacity for the new year. Any new applications will be problematic. This is a difficult message for me to convey. However, this is the reality we are facing.”

Schäfer said the pupil population continued to grow dramatically because of “continued inward migration and high retention rates in our schools”.

The building of up to six new schools a year and the expansion of others, was not enough to meet this demand.

“The budget simply does not allow us to build all the classrooms and employ all the teachers we need to accommodate this growth.”

Hammond said they had unplaced pupils at the start of every school year due to late enrolment or demands for specific schools or areas.

“On the 10th school day, if a learner has failed to arrive at school, then the school can take them off their enrolment list. This opens up places across the province,” she said.

“Some learners decide to enrol in other provinces, while others have simply been enrolled at more than one school and have failed to notify the relevant schools that they will not be admitting their child into a particular school.”

The district offices were assisting parents to find alternative options but this took time.

“Patience will greatly assist in this regard. Additional staff have been placed at our district offices and walk-in centres have been created to accommodate parents in need,” said Hammond.