She said all schools had received personal protective equipment (PPE) even though some had to fetch theirs from the education department. 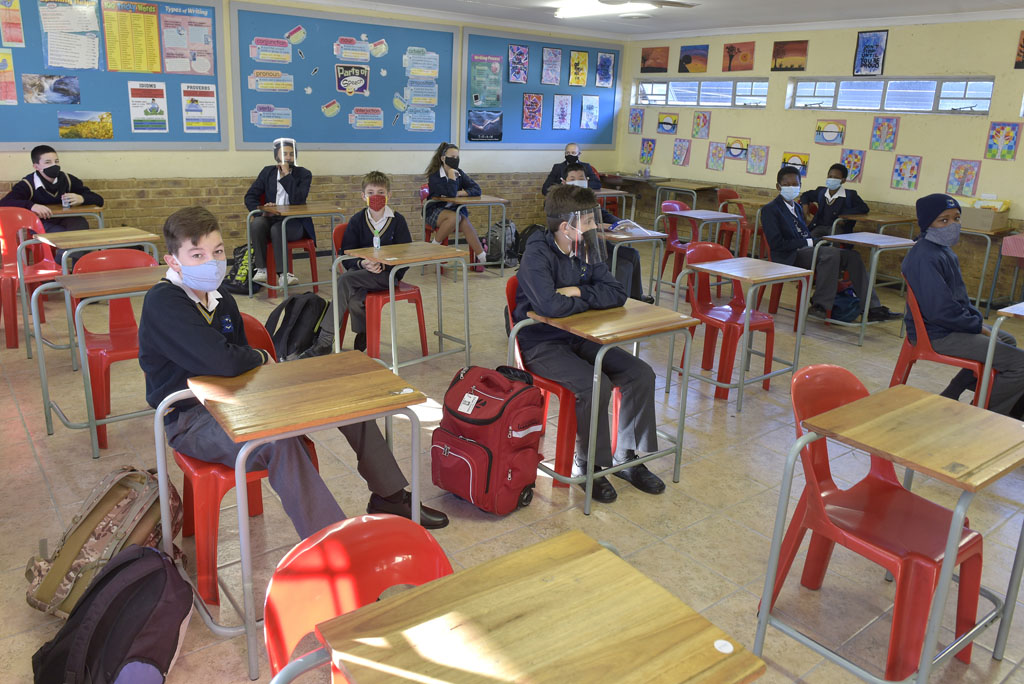 Western Cape Education MEC Debbie Schäfer will not back down on her decision to let grades 7 and 12 return to school in spite of instructions by Basic Education Minister Angie Motshekga that schools should stay closed for another week.

“I am not going to,” said Schäfer when asked if she would close schools in the province to keep them in line with the rest of the country.

This in response to a question during acting DA leader John Steenhuisen’s “coronacast” live on Facebook on Tuesday.

“My mandate is to make sure that children are educated,” said Schäfer.

“That’s a fundamental right in the Constitution. I will not stop anybody who wants to teach a child, who is complying with the national minister’s Government Gazette and the security and safety precautions that we’ve put in place, unless a court tells me to stop.

Schäfer said she did not make the decision to go back by herself and was just following the instructions of the National Coronavirus Command Council and Government Gazette.

She added studies have also shown children missing out on schooling would have gaps that could affect their entire school career.

On Sunday, Motshekga’s media briefing on school readiness for a 1 June reopening was cancelled.

It emerged after some confusion Motshekga had decided to push the reopening to 8 June because not all schools were ready.

She has since apologised for the confusion and intends amending the disaster act regulations with the date in it by Friday.

However on Sunday night, Schäfer said schools in the Western Cape were ready, and so would open regardless of Motshekga’s about-turn.

The SA Human Rights Commission (SAHRC) has also stepped into the fray over schooling during Covid-19. It gave Schäfer until 2pm on Tuesday to close schools in the province.

The rights body also wants Motshekga to change the regulations that currently allow schools, which are not ready, to stay closed. They contend this is unfair to schools which are struggling, and it is discrimination to let others go ahead. They gave her until 2pm on Wednesday to commit to doing so.

But, Schäfer insists she has done nothing wrong because two Government Gazettes state the opening date as 1 June.

Balanced with other factors, the department felt children could go back she added.

Schäfer told Steenhuisen 98% of schools in the province had opened for the two grades on Monday, saying she had received positive feedback.

She said all schools had received personal protective equipment (PPE) even though some had to fetch theirs from the education department, but other provinces were still at the tender stage for their PPE.

Schäfer added did not have figures yet on actual school attendance for Monday and Tuesday.

She said children should legally be at school or registered for home schooling, in accordance with the current law.

This regardless of President Cyril Ramaphosa’s statement that concerned parents need not send their children to school.

Schäfer said parents going back to work during the level 3 phase of the lockdown, which eases movement, would also battle to work if their children were out of school.

She added schools were also integral to the province’s feeding scheme which caters to 485,000 children every day. The scheme used its infrastructure to feed 100,000 children when the SA Social Security Agency closed during the lockdown.

Steenhuisen then brought in Netcare Chris Barnard Hospital’s paediatric pulmonologist, Dr Fiona Kritzinger, to provide details on the risks of Covid-19 to children, and particularly to school-going ones.

Kritzinger works at the chest and allergy clinic on lung conditions and allergies, and has continued doing so during the lockdown.

She said when the Covid-19 pandemic started there was “no science” on it yet so early risk assessments on schools and children under 18 were based on previous influenza outbreaks, and assumptions that children were “super spreaders” of viruses.

Data from China, Europe and the US, among the worst hit, and consensus among the paediatric community, and the SA Paediatric Association, is that these early assumptions are incorrect.

“And what we’ve seen … for reasons that we haven’t completely teased out yet, is that children [for] biological reasons seem to be less infected,” Kritzinger said.

Studies have shown children make up between 1% to 3% of cases, depending on the study, and only 10% of the cases in a house were children.

A study at a school in New South Wales showed only nine children and nine adults had the coronavirus and there were only two secondary cases as a result of this.

Studies on symptoms showed the majority of children who get Covid-19 are completely asymptomatic, a big portion have mild cold or flu-like symptoms and only two in 1,000 children might require hospital care.

However, there is no data yet to say that school closures stop the transmission of the virus in the population.

Last year in South Africa, Kritzinger said, 11,000 people died of influenza, and about 550 were school-going children (about 5%), but there were no measures to wear masks or take temperatures at schools last year.

“So relatively speaking, is the risk to the child greater bearing in mind the schools have the ability to protect their learners?”

She added studies then considered the effect of children not going to school, including their nutrition, safety and mental health aspect, and the coronavirus was expected to be around for the foreseeable future.

Kritzinger said many of the children of essential service workers were already being cared for by their grandparents.

“So, I think if you do that risk-benefit analysis for us as the paediatric community, the message is very clear that the benefits for children to return to education far outweigh the risks.”

However, she said parents should consider a “worst-case scenario” for their own children based on last year’s risks for death if they got sick from a respiratory illness when deciding to send their children to school.

Data for children with comorbidities, who have died, is less clear than that for adults.

One US study showed only 40% of about 350 children who died had a comorbidity, with 16% having asthma, and some being obese.

Kritzinger singled out children with severe immunosupression, have diabetes, serious asthma (not mild, medicated asthma), have cardiac problems, or have had a transplant as potentially being at risk.

Adults are also more likely to get infected from other adults, either in a house or the general population.

Kritzinger said teachers should be cautious about how they get to school, social distancing and must wash their hands, added the risks to teachers were greater in the staff room and during breaks than in a class with children.

Steenhuisen rounded off by saying the government should “move with the science” when making its decision regarding Covid-19.