ANC in Joburg ‘humbled’ by voters’ support in by-elections

The ANC successfully reclaimed ward 7 in Johannesburg from the DA on Wednesday. 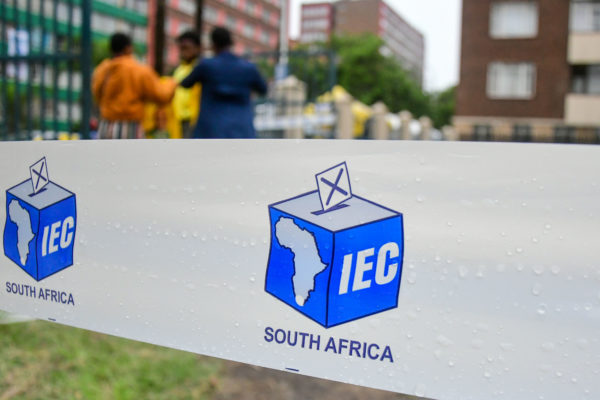 The ANC in the greater Johannesburg region on Thursday morning said it was once again humbled by the continued confidence voters showed the party in the by-elections on Wednesday.

The ANC successfully reclaimed ward 7 from the DA in Johannesburg.

The party said this was a clear rejection by voters of former Joburg mayor Herman Mashaba and the DA-EFF administration.

“The DA has dismally and grimly performed in Wards 7, 17 and 18, a clear demonstration that the people of South Africa are preparing a coffin in which the DA shall be buried on the 27 October 2021 local government elections,” said ANC regional spokesperson Sasabona Manganye in a statement.

“The ANC does not take for granted the confidence the people of Johannesburg have demonstrated
in their movement and commit ourselves to intensify our efforts to work with them to realise clean governance and deliver basic services.”

A total of 362,965 voters were registered to participate in these elections to fill the vacant seats of councillors who have either been fired by their parties or are deceased.

IEC chief electoral officer Sy Mamabolo on Wednesday said the elections proceeded smoothly and there was a steady flow of voters to voting stations. He said there were no incidents reported and party agents played their role in ensuring free and fair elections.

“This is an important opportunity for people to elect their political leadership and in so doing influence the direction of community development in their wards,” Mamabolo said.

“We are happy with the compliance rate with respect to Covid measures that have been implemented at the voting stations.”

Next round of by-elections

Voter registration will be held this weekend, 22-23 May 2021, for nine municipal ward by-elections in the Eastern Cape, KwaZulu-Natal, Northern Cape and Western Cape provinces on 30 June 2021.

Voting stations will be open from 8am to 5pm to allow all eligible voters to register and for current voters to check their registration details and to provide or update address details where necessary.

“Voters may also check and update their details at their local (municipal) Electoral Commission (IEC) office weekdays during office hours.

“Voters are reminded that it is a criminal offence to register and vote in a ward in which they are not ordinarily resident,” said IEC spokesperson Kate Bapela in a statement on Wednesday.

Meanwhile, the IEC is set to address the nation on Thursday afternoon on what it says is an “important announcement” on a process to review whether the “current conditions are conducive or not” for the local government elections to take place on 27 October 2021.

In a media advisory on Wednesday, the commission said this was the first time such a process “in terms of Section 14(4) of the Electoral Commission Act (51 of 1996)” had been invoked in the history of the country’s democracy.

The EFF and the UDM have called for the postponement of the polls. The opposition parties have argued that the Covid-19 pandemic has made it difficult for political parties to campaign and rally their supporters.

The ANC and the DA on the other hand want the elections to go ahead.

The IEC is expected to hold a press conference at 2pm in Centurion, Pretoria.

No matter what ANC fails to do, it remains electorally powerful
2 hours ago
2 hours ago
PREMIUM!

No matter what ANC fails to do, it remains electorally powerful
2 hours ago
2 hours ago
PREMIUM!