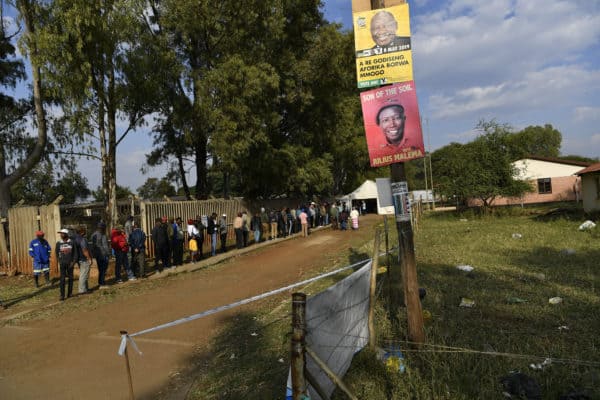 With the 2021 local government elections fast approaching, questions have been raised on whether a fourth wave of Covid-19 infections could be triggered as political parties continue to campaign.

Political parties and independent candidates have been engaging with various communities ahead of the local elections as well as launching their manifestos with the country set to go to the polls on 1 November.

While political parties are expected to be constrained in conducting their campaigns due to the Covid-19 pandemic, elections activities such as rallies and door-to-door visits remain a concern for some as they could be potential super-spreader events.

Under alert level 2 lockdown, gatherings – including political, cultural and social – are allowed, however, they are limited to a maximum of 250 people indoors and 500 people outdoors.

Where the venue is too small to accommodate these numbers with appropriate social distancing, then no more than 50% of the capacity of the venue may be used.

ALSO READ: EXPLAINER: Here’s a rundown of the elections timetable ahead of voting day

Speaking to 702 on Monday, University of the Witwatersrand vaccinology professor Shabir Madhi said indoor gatherings should be avoided during the political campaigning period.

“The major issue is that we shouldn’t be having any sort of gatherings indoors. I think outdoor gatherings based on where we are currently with the outbreak in South Africa are probably reasonable safe because across all the nine provinces we are very much on a downward decline,” he said.

Madhi said the fourth wave may not hit South Africa’s shores as Covid-19 infections generally increase and gain momentum every two to three months before the next resurgence.

On Sunday, the National Institute for Communicable Diseases (NICD) confirmed that South Africa had officially exited its Covid-19 third wave.

This is due to the country’s recent daily infection and positivity rates all continuing to decrease.

At the time of publishing, South Africa’s new infection rate on a seven-day basis was down by 40%, hospitalisations are down by 32%, deaths are down by 35% and the test positivity rate is at 6.8%.

An additional 51 Covid-related deaths were reported, bringing the total number of deaths to 87,052.

Experts and officials have predicted that a fourth resurgence would only be seen in the country at the end of the year.