EFF will ‘wipe out the dying ANC’ if there’s an election rerun, says Shivambu

EFF deputy president Floyd Shivambu says they are not afraid of an election rerun in hung municipal councils. 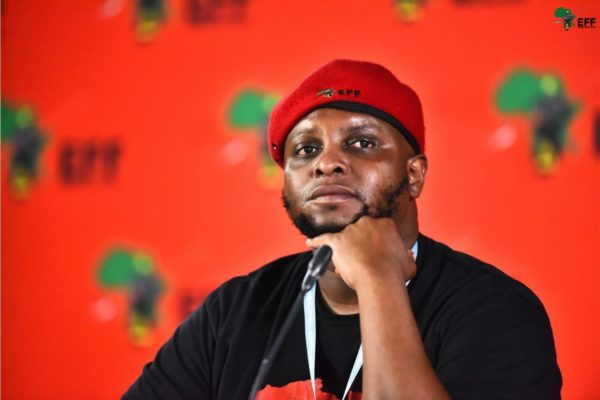 The Economic Freedom Fighters (EFF) has hit back at the ANC and its president Cyril Ramaphosa, after he suggested that there might be an election rerun if coalition talks between parties fail in hung municipal councils.

With less than two weeks left for parties to form coalition governments in 66 hung councils, the EFF on Tuesday challenged Ramaphosa, saying it was confident it would defeat the ANC at the polls if South Africans were to vote again in the local government elections.

This follows Ramaphosa’s remarks on Monday during an ANC post-election event in Soweto, where he said the possibility of election reruns existed in hung municipalities if coalition negotiations were unsuccessful.

He said the ANC, which saw its electoral support dip below 50% nationally for the first time, was not desperate to enter into coalitions with other parties because they wanted stable and credible coalitions.

“Obviously, there is a time frame for these coalitions to take place and if those negotiations fail, the legislation kicks in. And then there might have to be another election,” Ramaphosa said.

The EFF did not take this lightly, with its deputy president Floyd Shivambu taking to Twitter to tell Ramaphosa to bring it on. The EFF received 10.42% of votes from last week’s local elections.

Shivambu said the EFF was not afraid of an election rerun in hung councils and he was more than confident that a “rerun of elections will wipe out the dying ANC to zero”.

Shivambu also likened the ANC to a defeated boxer who was down for the count, saying “we know chicken audacity when we see it”.

The EFF’s official Twitter account echoed Shivambu’s views. The party tweeted that it had no doubt that it would finish off the ANC at the polls.

The Red Berets also bragged about being a “truly united” party unlike the ANC, which has been plagued by internal divisions and factions vying for power.