Speaker Katlego Mathebe disallowed the motion on a technicality, arguing that the EFF's reasons for the motion were not based on fact, but opinion. 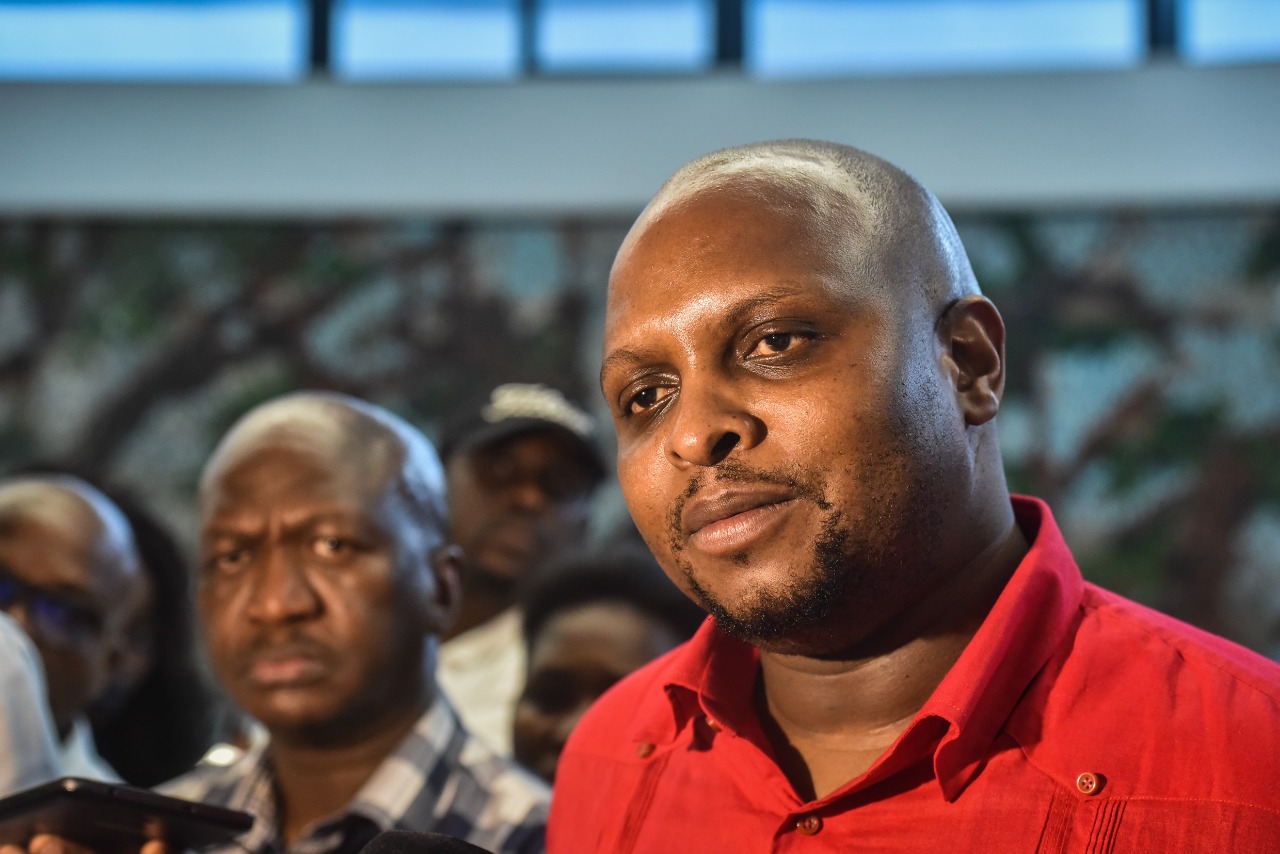 The EFF's Floyd Shivambu speaks to media on the motion of no confidence against Tshwane mayor Stevens Mokgalapa, Pretoria, 28 November 2019. Picture: Jacques Nellis

A late night sitting of the Tshwane Council has collapsed following a walkout by the ANC and EFF after a motion of no confidence against Tshwane Mayor Stevens Mokgalapa was disallowed.

Following a full day of arguing semantics and disruptions, the council finally reached the motion of no confidence submitted by the EFF.

Speaker Katlego Mathebe disallowed the motion on a technicality, arguing that the EFF’s reasons for the motion were not based on fact, but opinion.

The EFF’s motion related to services delivery issues, including the water crisis in parts of Tshwane.

The ANC, who also submitted their own motion against Mokgalapa, did not stay around long enough to hear the ruling on their motion as they staged a walkout.

The EFF followed suit shortly after.

Both parties accused Mathebe of only wanting to protect her party (the DA) and her job.

The walkout collapsed council, and following a count it was found that there was no quorum and the sitting was postponed to 2020.

The ANC’s Dr Kgosi Maepa said: “The executive mayor is walking on thin ice on a very tight leash.”

Earlier in the evening, the ANC and EFF sent lawyers letters to Mathebe imploring her to allow the parties’ respective motions of no confidence or face legal action.

The ANC’s lawyer’s letter stated that its motion satisfied all rules and orders of the council and should be presented for a vote.

They added that if the motion was disallowed they would approach the high court for an interdict against the speaker.

In its lawyer’s letter, the EFF explained that its motion complied with all the rules and orders.

“We therefore write to demand that when the motion arrives, the speaker should table it for consideration by the council or we will have no choice to approach the court on an urgent basis and will request the court to order the speaker to pay personal costs,” the letter reads.

News24 earlier reported that the ANC and EFF asked the speaker to step aside and allow the deputy speaker to run the sitting, accusing her of frustrating the process of council and using delaying tactics to stall getting to the parties’ respective motions.