Mbalula calls for vigilance after 7 killed in KZN taxi accident

Mbalula will announce the final statistics on road fatalities on January 23. 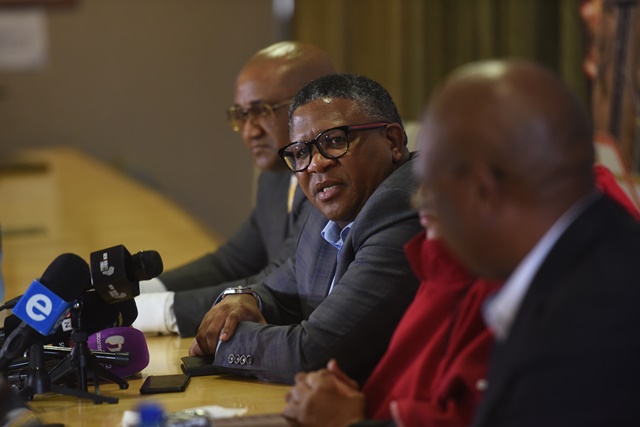 Transport Minister Fikile Mbalula urged road users on Friday to remain vigilant as the festive season comes to an end.

This after seven people were killed in a minibus taxi crash in KwaZulu-Natal earlier in the day.

“The six women and one man who died in that collision were among 22 people travelling in a Toyota Quantum. While investigations into the cause of the crash are yet to conclude, initial reports suggest the taxi driver lost control of the vehicle causing it to roll down an embankment,” Mbalula said in a statement.

The taxi was travelling on the R102 between Umhlali and Salt Rock in Durban.

Mbalula sent his condolences to the bereaved families and wished the injured “a full and swift recovery”.

“[I] urge those who will be returning home in the coming days to travel safely and arrive alive.”

Mbalula will announce the final statistics on road fatalities on January 23.

By Christmas Eve, he confirmed, 589 people had lost their lives on the roads since the beginning of the festive season. This included 489 fatal crashes.

At the time, Mbalula said pedestrians topped the list of those who were killed followed by passengers, drivers and cyclists.