Load shedding should stop by the end of next week, says De Ruyter 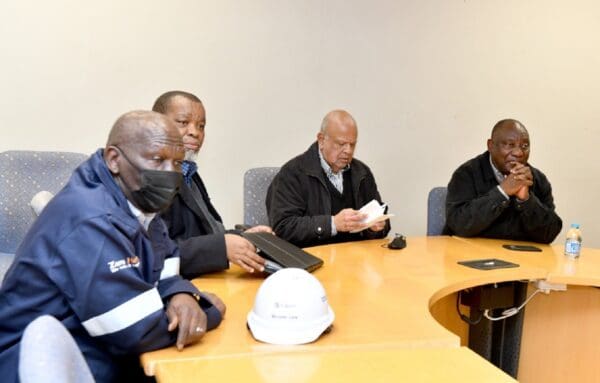 Eskom CEO André de Ruyter says the rolling blackouts being experienced by South Africans since last month should conclude by the end of next week.

“Towards the end of the coming week we should emerge from load shedding… we’ve got a couple of big units returning, so that’s positive news.

“Towards the end of July, the risk [of load shedding] will be significantly diminished once Koeberg two comes back to the grid – that’s about 920MW, so that will bring a large measure of relief,” De Ruyter said.

The Eskom CEO made the announcement on Saturday during President Cyril Ramaphosa’s oversight visit to Eskom’s Tutuka Power Station in Mpumalanga.

Since June, South Africans have been without electricity for hours on a daily basis, with Eskom’s load shedding schedule bouncing between the various stages of state-imposed power cuts. The highest stage of load shedding implemented by the embattled power utility was stage 6.

Eskom announced on Friday that it would move the country to stage 2 load shedding on Saturday and Sunday from 4 pm until 10 pm.

Stage 2 power cuts would also continue during the evening peak for the rest of next week.

According to De Ruyter, in order for Eskom to stop load shedding, it needed additional generation capacity.

“Ultimately, to put load shedding to bed, what we need is the additional capacity because the system as it is at the moment is unreliable and unpredictable,” he said.

Ramaphosa said corruption and fraud were among the challenges faced by Eskom’s Tutuka Power Station.

“Corruption and fraud are very pervasive in the power station with a number of people who are involved in fraudulent activities and theft, to a point where the theft and the fraud make it very challenging for the power station to be able to operate optimally when there are shortages of spares when they’re stolen,” he said.