Life ban for drone-flying visitor in the KNP

As the wrongdoer was about to leave, he was greeted by the park’s protection services and the SAPS, laying in wait at the Phalaborwa Gate. A man’s decision to disobey the rules cost him dearly when he was banned from the Kruger National Park (KNP) for life for operating a drone, the Lowvelder reports.

The guest, whose identity is not known, flew his drone over a troop of baboons earlier this month.

Two visitors to the park, who were watching hippos at Nhlanganini Dam in the northern region, saw baboons going for a drink when the man nearby got out of his car and sent his drone up in the air to obtain video footage.

When confronted, he claimed that he did not receive a memo warning of its illegality.

The visitors took photos as proof and immediately reported it to the nearest camp, Letaba. As he was about to leave, he was greeted by the park’s protection services and the SAPS, laying in wait at the Phalaborwa Gate.

According to media specialist, Ike Phaahla, upon the arrival of his car at the gate, the vehicle was searched and a drone was in his possession.

“He explained that he did not go through his permit rules and was not aware of the ban on drones inside the park,” Phaahla said.

When the officials also asked why he was flying the drone in the park, his explanation was that he was trying to get wildlife visuals. Phaahla once again warned individuals against flying unmanned aerial vehicles, such as drones, in the KNP after the incident.

“The flying of drones is illegal in national parks, as they are legislated protected areas with restricted airspace and therefore a no-fly zone for all unauthorised aircraft systems. Currently the applicable legislation is the South African National Environmental Management Act’s (Nema) Protected Areas Act, which prohibits the flying of any machine at less than 2 000 metres above any national park.

“Flying such aircraft, getting out of vehicles on undesignated areas, interfering in sightings, and disturbing and stalking animals is illegal within the park and will bear consequences. We would like to inform wrongdoers and other drone users that, should they be found flying them in the park at any time, they will be arrested on the spot and their equipment will be seized,” said Phaahla.

Not only is this a contravention of the Nema Protected Areas Act, but there are also restrictions in terms of the aerial filming rights and therefore an infringement of SANParks’ filming/photography policy.

“These kinds of incidents can negatively impact on the well-being of animals as well as the experience of other visitors. We would like to specifically thank the guests who reported one of the incidents to the nearest camp. We would also like to encourage all law-abiding citizens to report such incidents to the emergency call centre numbers 013-735-5516/076-801-9679 so that these people can be caught in the act,” concluded Phaahla. 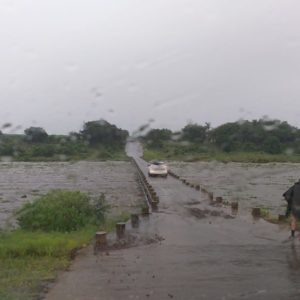