The whereabouts of Julia Venter's daughter Jaqueline, who is heavily pregnant, and her boyfriend are still unknown, but her grandchildren are safe. 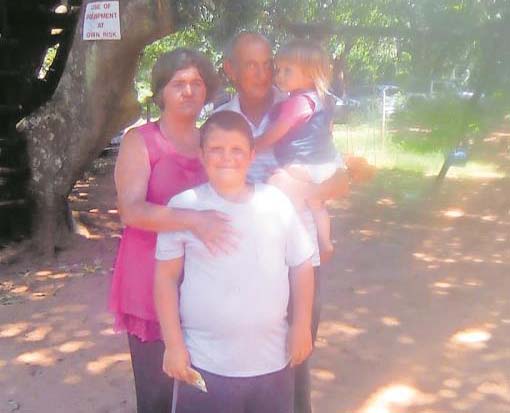 Reports of a missing family of four from the Bluff in KwaZulu-Natal flooded social media over the past weekend, reports Southlands Sun.

Grandmother Julia Venter, who had been searching for her daughter, Jacqueline, 40, her boyfriend, Trevor Stokes, 53, and grandchildren Jolene Venter, 4 and Barend Venter, 13, resorted to hiring a private investigator to help find her loved ones, after she had last seen them when she dropped them off at a Durban bus station on May 2.

ALSO READ: Limpopo granny is a true fighter for the EFF at 108

Julie said that the family were travelling to Secunda, Mpumalanga, where Trevor had apparently found a new job. 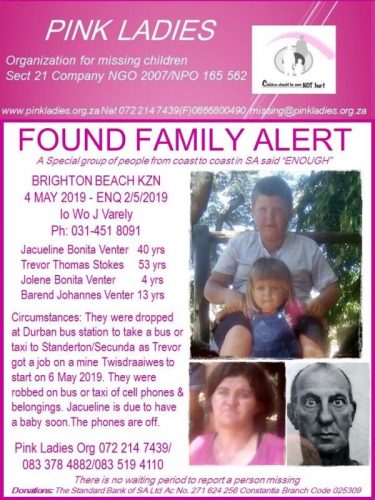 Julie began to worry when she didn’t hear from her daughter for a long period after they had left. She made several attempts to reach the family, but none of them were reachable. When she eventually got through to Barend’s phone, it was answered by a stranger.

“It was thanks to the private investigator, who managed to track them down in Cape Town. I flew down straight away and made contact with them shortly after my arrival. I got the children and flew back with them to Durban. They are safe and sound with me in my home on the Bluff. My daughter, however, couldn’t fly because she had lost all her possessions, including her ID, when they were robbed. Trevor was nowhere to be found,” explained Julie.

Julie last heard from her daughter Jacqueline, who is heavily pregnant, at the airport in Cape Town when she left with the children on Saturday.

“When I left, I told her to go to the police station and fill out an affidavit for her lost ID so that I could make arrangements to board her a ticket back home. When I made efforts to contact the police station and the airport in Capt Town, I was informed that she asked to be taken to Sea Point in search of her boyfriend. I have no means of contacting her personally now, as she has no phone on her,” said Juile.

Both Jacqueline’s and Trevor’s current whereabouts are unknown.