The step has been prompted by officers being attacked by members of the public. 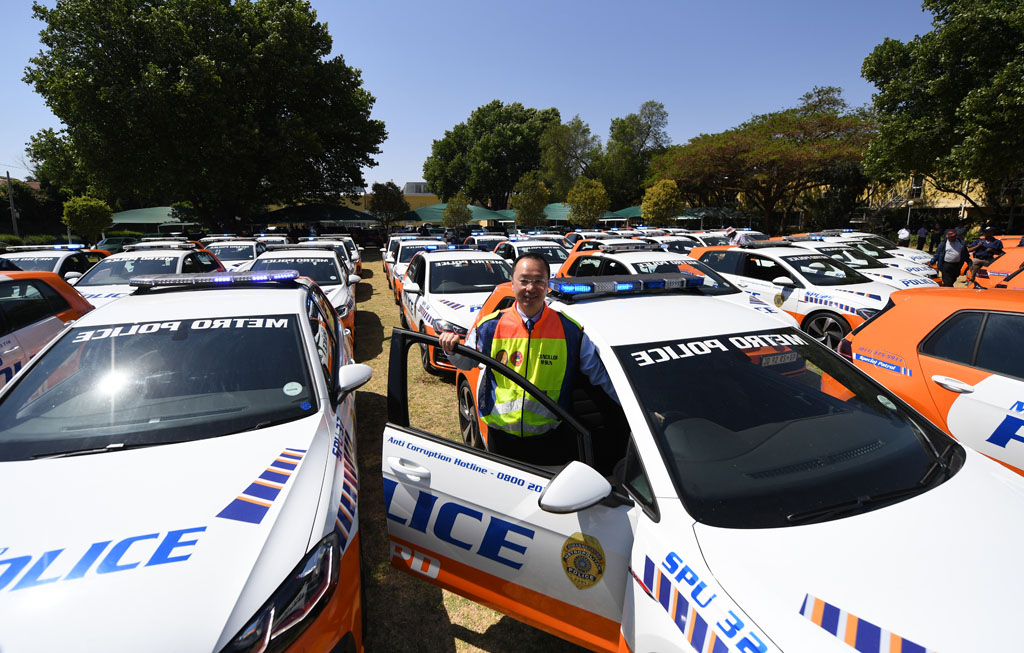 Forty brand new cars are handed-over to the special patrol unit (SPU) of the Johannesburg Metropolitan Police Department (JMPD) on October 15, 2019 in Johannesburg, South Africa. The new vehicles will help the JMPD officers in their efforts to combat crime in the greater city of Johannesburg. Picture: Gallo Images / Netwerk24 / Felix Dlangamandla

Officers from the Johannesburg Metro Police Department (JMPD) are expected to undergo combat and restraining techniques training to defend themselves from physical attacks.

This comes after video footage went viral showing a JMPD officer wrestling with a motorist.

ALSO READ: WATCH: Another JMPD officer gets into wrestling match with suspect

In the clip, the armed officer is seen being overpowered by the motorist and falling to the ground, while onlookers recorded the incident on their cellphones.

On Tuesday, mayoral committee member for public safety in the City of Johannesburg, Michael Sun, said the City noted the viral video clip with great concern, and had instructed his officers to investigate the incident further.

“It is alleged that about three months ago while on patrol, two JMPD officers came across a taxi driver operating his mobile phone while driving on Old Pretoria Road in Marlboro.

“Upon requesting to see his driver’s licence and identification, the taxi driver is said to have aggressively told the officers that he had neither,” Sun said.

The officers then decided to confiscate his keys to avoid him from driving away. Following this, the driver is alleged to have attacked one of the officer before driving away.

“The JMPD officers then called for back-up and the taxi driver was stopped and arrested at the corner of Old Pretoria and Ark Wright roads,” Sun said.

He added that it was unacceptable that some motorists continue to have such disregard for the law and safety of fellow motorists.

“JMPD officers go out to ensure the safety of residents and cannot be seen to compromise on this. They will use the necessary force whenever required. This is also another reminder to us that our JMPD officers will require further training in terms of close-quarter combat and restraining techniques going forward,” said Sun.

He added a case of reckless and negligent driving and assault with intent to cause grievous bodily was opened at the Bramley police station soon after the incident and investigations were continuing.