MEC Nkonyeni is appealing to all motorists to be extra cautious and to always practise patience when travelling on the roads.

KwaZulu-Natal transport, community safety and liaison MEC Peggy Nkonyeni is deeply disturbed by the recent spate of accidents in the province.

On Sunday, nine people were killed in a head-on collision on the N2 between the Canefields intersection and the Enseleni Nature Reserve.

Preliminary reports suggest an SUV collided with a minibus taxi and eight people died at the scene as a result.

One person died on Monday morning at the hospital. Among the deceased are six males and three females from both vehicles.

Nine people are currently being treated at Ngwelezana Hospital

“This accident occurred as we are recovering from another deadly crash on the R612 between Highflats and Ixopo, which claimed 13 lives a week ago,” said Nkonyeni.

Nkonyeni is appealing to all motorists to be extra cautious and to always practise patience when travelling on the roads.

“It is indeed a sad reality that in less than a week the province has lost more than 20 people. We cannot overemphasise the importance of obeying the rules of the road and being 100% compliant,” said Nkonyeni.

She said the accident could have been avoided and warned of tougher measures on motorists who disobeyed the rules of the road.

“We cannot afford to lose lives due to recklessness and that simply means our law enforcement will be beefed up to hit hard on those who are lawbreakers,” she said.

A team of forensic investigators are looking into the accident.

“As the department is approaching October Transport Month, we will be intensifying our road-safety campaigns to encourage motorists to adhere to traffic laws,” Nkonyeni concluded. 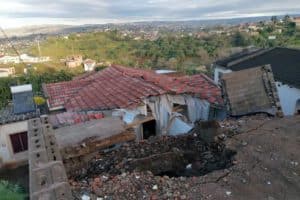 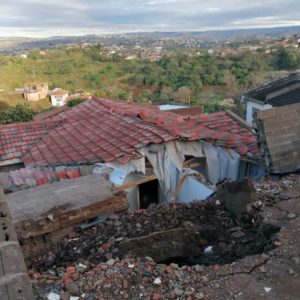 Teen killed, woman trapped after wall collapses onto home in KZN
5 days ago
5 days ago

Teen killed, woman trapped after wall collapses onto home in KZN
5 days ago
5 days ago