Residents woke up to 'dry taps' once again on Saturday morning. 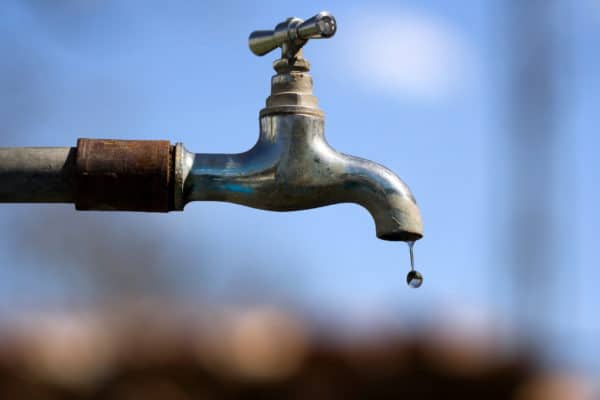 Residents are furious with the uThukela District Municipality for having to go without water for a seemingly indefinite period of time, reports Northern Natal News.

Areas that continue to be affected are Ezakheni, Acaciavale, Hillside, Aloe Park and surrounds.

Earlier in the week, uThukela spokesperson Jabulani Mkhonza commented that the water supply would be restored by Friday night (April 29). However, residents woke up to ‘dry taps’ once again on Saturday morning.

Excuses being bandied around by uThukela include silt build-up and repairs at the water treatment works, but residents say this is unacceptable.

“We hear the same stories over and over again, along with empty promises of solutions insight and things just carry on as they are. No water, endlessly!

“We get an hour of water and hope for the best, and then it’s gone again for the whole day and night. We can’t be expected to live like this!” fumed one woman who is at the end of her tether with the current situation.

Residents are also saying that heads must roll for this shocking lack of service delivery that has seen households without water for close to a month now.

“How is this remotely acceptable and who do we hold accountable? Something has to give! Somebody has to be accountable and we want to know who!” said another adamant resident who has had enough and wants answers.

At the time of publishing this article, uThukela was unavailable for comment.

Meanwhile, the mayor of Ugu District Municipality Phumlile Mthiyane this week gave an update on water restoration and repairs to major water pipes washed away during the recent floods in KZN.

The South Coast Herald reported that the most affected areas have not had water for over two weeks, and those lucky to receive it, have been getting brown water from their taps.

Mthiyane said that infrastructure had been greatly affected by the floods which have caused water cuts.

The worst affected pipeline is the South Coast major bulk pipeline which feeds Umdoni and some parts of Umzumbe.

Major repairs were underway on this pipeline and the water supply was expected to be restored to Umdoni by Wednesday.

The mayor said eThekwini Municipality needs to complete its repairs before Ugu can continue with repairs and restoration of water.

As the line is part of Ethekwini and Umgeni Water, Ugu has to wait for eThekwini to conduct its repairs.

This article first appeared on Northern Natal News and was republished with permission. Read the original article here.