The party says his departure is a sign his own party has lost faith in him. 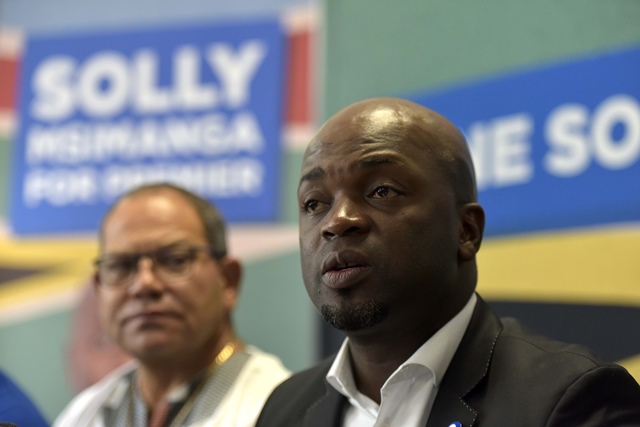 The resignation of Solly Msimanga as Tshwane mayor has bolstered the ANC’s call to place the municipality under administration, using the alleged collapse of services and mismanagement to argue its case.

On Friday, Msimanga announced that he would step down as Tshwane mayor at the end of February to focus on his candidacy for the Gauteng premiership, but the ANC in Tshwane is not buying this story.

The ANC Tshwane regional leadership said Msimanga was in fact fired by his own party due to poor performance, mismanagement and his courting of scandals.

According to insiders, the party will use Msimanga’s untimely departure to argue that even the Democratic Alliance (DA) had no faith in him.

Msimanga took the reins in 2016 with the help of the Economic Freedom Fighters (EFF), but his tenure has not been smooth sailing.

The opposition has been calling for the municipality to be placed under administration since August last year, following revelations about the irregular awarding of a R12-billion tender to consultancy firm GladAfrica.

Msimanga also came under fire for the appointments of Marietha Aucamp, who was found to have misrepresented her qualifications, as chief of staff, and Stefan de Villiers, a fitness trainer, as executive director in his office.

Kgosi Maepa, ANC regional chairperson, said Msimanga resigned because they had exposed him, confirming they would now take their case to Premier David Makhura as well as MEC for cooperative governance and traditional affairs Dikgang Moiloa.

He said Moiloa must appoint an official to investigate their case so that the provincial government could take a decision on their call.

Gauteng provincial government spokesperson Thabo Masebe said Makhura was yet to receive a formal request to place the municipality under administration.

He said there were discussions about other municipalities that were not performing, but said Tshwane was not among these.

“When there is a need to intervene, the province will intervene,” he said.

EFF leader Julius Malema has said Msimanga’s reasons for stepping down were bizarre and unheard of.

He said Cyril Ramaphosa, as candidate for president, did not resign as party president to run a campaign.

“… Msimanga, who runs a small institution called the municipality of Tshwane says ‘no, I can’t do the two’.

“How is he going to preside over a province? When we go to elections he will resign as a premier if we make him a premier, to go and campaign as a premier. It shows lack of capacity,” Malema said.