Two EFF MPs resign over Ramaphosa payments of R80K each

The two MPs have said they will spare the party the need for disciplinary hearings. 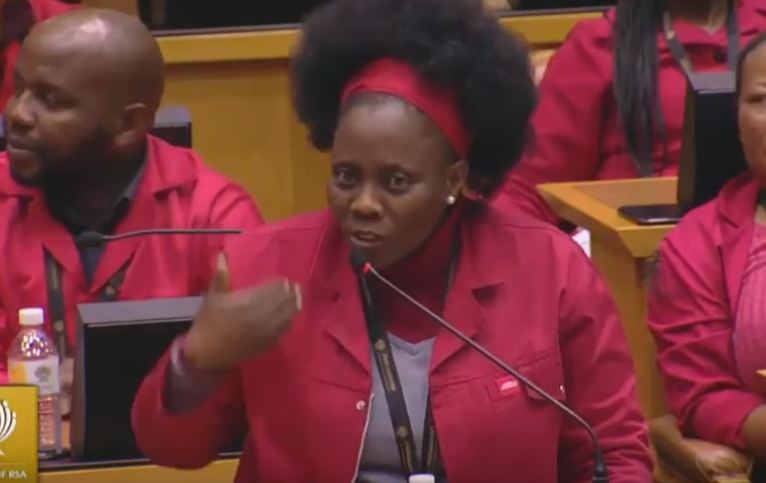 Tebogo Mokwele resigned after confessing to having received money from President Cyril Ramaphosa following a death of a loved one.

“This follows a deep and careful introspection about the impact of my association with the president and the republic in which there was an exchange of money for my personal use; a total of R80,000 between 2017 and 2019.

“I have decided to save the organisation the painful time to subject me to a disciplinary process. My actions have already caused the image and reputation of the EFF into disrepute [sic]. I cannot that any more of the EFF public relations must be wasted discussing my actions, as opposed to being dedicated to our revolutionary programme,” said Mokwele in her statement.

She said she would go into an apparently self-imposed exile from the party for five years, expressing “regret”.

She maintained that the ANC remained the “strategic enemy” of the EFF.

The EFF confirmed in a statement on Sunday that Mokwele received money from Ramaphosa through his CR17 account.

The amount reflected in the statement, however, was R40,000, instead of the R80,000 that Mokwele has now revealed to have received.

According to the party, the MP confessed that she received the money from Ramaphosa.

It further called on other fighters to come clean if they’d also received such money.

Mokgosi had similar reasons for quitting.

“My decision is based on the fact that I did not disclose the nature of my relationship with the ANC president, Cyril Ramaphosa, which involved an exchange of money.

“Non-disclosure of money, particularly from individuals in the enemy camp, is dishonourable and disingenuous. In this case, I am aware that it has compromised the integrity of our organisation and the revolution.

“I deeply regret my actions and accept that I cannot be entrusted with any leadership responsibilities. It is therefore in this context that I resign from the central command team and as a member of parliament,” she said in a statement.