Now the ANC MP is facing a lawsuit of R2 million from the family. 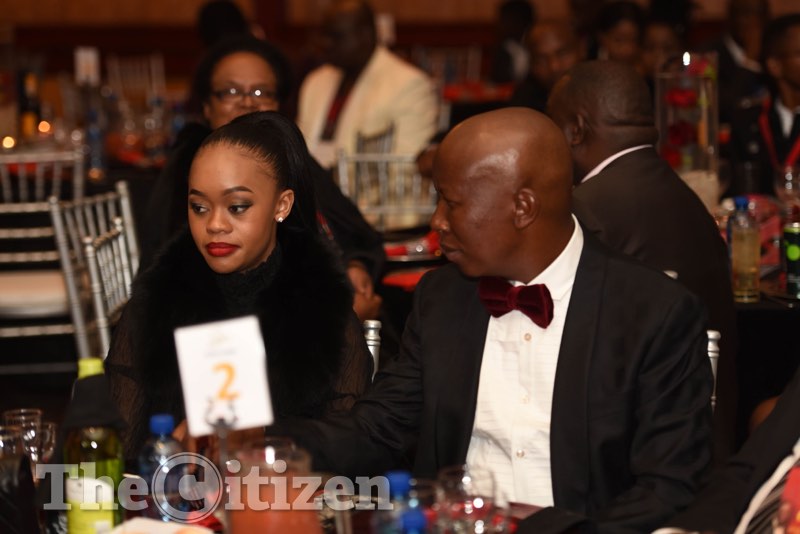 Julius Malema and his wife, Mantwa at a gala dinner in Polokwane. Picture: Nigel Sibanda

Mantoa has rubbished accusations made by Mamabolo in parliament on Thursday during President Cyril Ramaphosa’s state of the nation address that her husband had been abusive towards her.

Mamabolo stood up on a point of order and said the House was being abused in the same manner that Malema’s wife was allegedly being abused.

Responding to the allegations during parliament’s Sona debate on Tuesday, Malema denied abusing his wife.

He said: “When I spoke here during the Sona debate last year, anyone who has never beaten his wife in the past 25 years must raise his hand and I said I can do that because I have no history of such things. I have never, not once; not my ex, not my wife. I never laid a hand on my wife.”

ALSO READ: Mamabolo won’t back down despite facing R2m in lawsuits

The letter from Mantoa’s lawyer reads in part: “Our client has approached our offices in regard to the defamatory statements made against her by you.

“Your defamatory statements referred to hereinabove gravely disappoint our client. To proceed to mock victims of gender-based violence, especially in the current climate our country, by accusing innocent people of it just to tarnish their image or ‘settle a score’ is unacceptable of a person in our current society, most especially a person who is a member of parliament.

As a result, Mantoa has demanded that Mamabolo retract his accusations and apologise, or face a R1-million defamation suit.

Now Mamabolo is facing a lawsuit of R2 million from the family.

Malema has also sent a lawyer’s letter to Mamabolo demanding that he retract his “vexatious, misplaced, spurious and untrue” allegations by today or face a R1 million lawsuit of defamation.

Read next: Malema sues Boy Mamabolo for R1m over allegations he abuses his wife