Niehaus has the right to appeal his dismissal within seven working days. 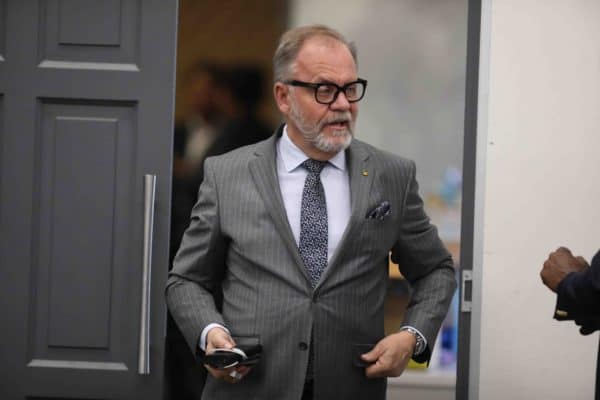 The African National Congress (ANC) has dismissed Carl Niehaus with immediate effect and further told him to collect his personal belongings from ANC security at Luthuli House on Friday between 10am and 11am.

This follows his latest stunt in which he informed the public of his intent to lay criminal charges of theft, fraud, corruption and various statutory charges against the national office bearers of the ANC and the ANC.

He further invited the media to witness the charges being laid at the Johannesburg Police Station.

According to the ruling party, his actions were “deliberate acts of misconduct and malice which are intended to tarnish the image of your employer and bring your employer into disrepute”.

“We find the behaviour of Carl who appears more on public and social media platforms to be divisive, opportunistic and devoid of revolutionary discipline.

“Coincidentally, Niehaus has elected to apply the tactics of one desperate opposition party lacking a clear programme for the upcoming local government elections and pinning their hopes on a liquidated ANC.”

He had been given until Thursday 4pm to give reasons why he should not be fired.

While he did respond to his employer’s demands, the ANC says he failed to distance himself from the media alert he issued and was invited to.

“We have noted your response, and it is unfortunate that instead of taking the opportunity to clarify the allegations, you elected to construe the letter as an attack upon you. You are reminded that the letter constituted a hearing as envisaged in the principles of natural justice – audi alteram partem. You are entitled to your views as expressed in your response. The ANC disagrees with your view and will challenge that contention in any appropriate forum,” said ANC’s general manager Febe Potgieter.

“Your written representations have been considered against the backdrop that the ANC has repeatedly warned you about your public pronouncements and conduct which sought to undermine it as your employer. You nonetheless persisted with conduct that continuously brought your employer into disrepute.

“On 12 October 2020 and 19 January 2021 you were issued with written warnings for behaviour which demonstrated your total disregard, refusal and neglect to comply with the terms of your employment agreement with the ANC and which conduct was inconsistent with the code of conduct and level of discipline expected of staff members of the ANC.

“In your written representations you have not provided any cogent reasons for the ANC to arrive at any conclusion other than that the employment relationship between you and the organisation has completely and irretrievably broken down.”

Niehaus has the right to appeal his dismissal within seven working days.