The ANC last Friday charged him with six counts for allegedly contravening rules 25.17.5 of the party's constitution. 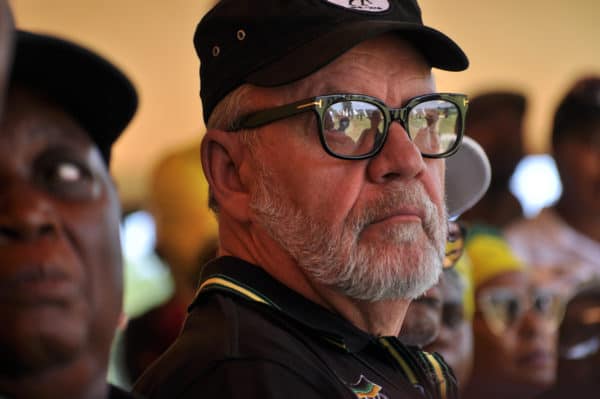 Suspended outspoken ANC member Carl Niehaus has questioned the timing of the ANC’s decision to institute disciplinary charges against him, describing the governing party’s move as “silly tit-for-tat politics”.

Niehaus believes the charges against him are in retaliation to his decision to lay criminal charges against the ANC’s top-six leaders over the party’s failure to pay salaries on time, and his threat to institute legal proceedings to declare the ANC insolvent.

The ANC last Friday charged him with six counts for allegedly contravening rules 25.17.5 of the party’s constitution.

The charges are in connection with comments Niehaus made in July outside former president Jacob Zuma’s residence in Nkandla, northern KwaZulu-Natal, where he protested against Zuma’s incarceration for being in contempt of the Constitutional Court.

Niehaus, the spokesperson for the now-disbanded uMkhonto we Sizwe Military Veterans Association (MKMVA), on Tuesday, lambasted the ANC saying the charges against him were rushed and not a coincidence.

He based this on the fact that his ANC membership was temporarily suspended back in July and later reinstated after the party failed to charge him.

“Before there were no clear charges possible from what I said at the residence of president Jacob Zuma in Nkandla over that fateful weekend of 2 and 4 July. Suddenly now there were charges possible and they had to be rushed out to me in the early morning hours.

“More so, they had to be rushed out in such an untidy way that the first part of the letter refers to dates that do not relate to the charges in the second part of the letter,” Niehaus said in a video he posted on YouTube.

He said he was being singled out because he had made “certain senior managers of the ANC” uncomfortable over their alleged “financial mismanagement and the crimes that they committed”.

Niehaus, who has been associated with the so-called radical economic transformation (RET) forces in the ANC, claimed President Cyril Ramaphosa was not being held to account for alleged “vote buying” involving his 2017 campaign for the ANC presidency.

He said ANC members who had called for Ramaphosa to be charged were being told their membership was not in good standing.

“And when anyone tries to bring charges against president Ramaphosa, those members of the ANC are described as people without a standing to do so.

“This is a way to give dictatorial powers to a leadership and national executive who can decide that anything that does not suit them [or] they do not like is unacceptable and therefore would warrant disciplinary measures,” he added.

‘That leadership must go’

Niehaus said he loved the ANC but its current leadership had failed the party both administratively and politically. He called for the ANC’s national leaders to be removed because of this.

“They mismanaged the finances of the ANC, messed up the politics of the ANC, abused the legal system [and] used the law for factional political purposes. That leadership must go.

“I’ve said so at election rallies and I will say it in this recording – they failed and they will no longer be able to shape up because it’s gone too far.

“So, there’s only one way for that, they must ship out. Finish and klaar. Whether you like it or not, I can’t care less, that’s a reality, a fact and I stand by it.”

Last week, Niehaus wrote a letter of demand to the ANC telling it to honour its liabilities with 10 days or he would institute legal proceedings to declare the party insolvent. The ANC did not respond to his letter from of demand from Mabuza Attorneys, dated 21 October 2021.

This was due to the ANC’s failure to pay staff salaries on time and their Unemployment Insurance Fund (UIF), provident fund and tax deductions to authorities.