Police looking into new rules for use of rubber bullets 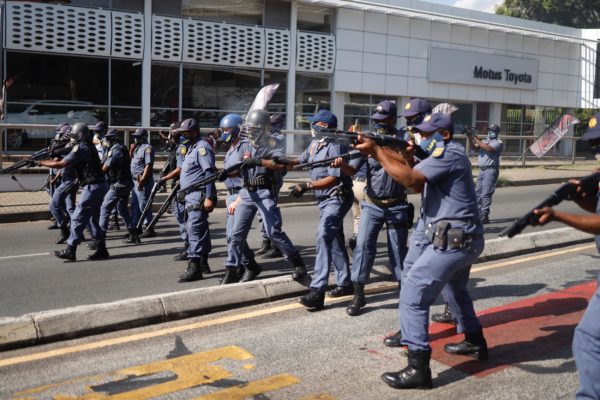 Police Minister Bheki Cele says the use of rubber bullets in crowd control management is being “urgently” reviewed.

Speaking at the long-awaited release of a report compiled by a panel of both local and international experts on policing in South Africa, specifically public order policing (POP) and crowd control management, Cele on Monday morning said the recent death of Mthokozisi Ntumba had “once again cast a spotlight on the use of rubber bullets”.

“The issue has been raised sharply by the members of the expert panel. I have also received various inputs on this matter for consideration,” he said

National police commissioner General Khehla Sitole said this did not mean they were planning on doing away with rubber ammunition altogether, which would be “impossible”.

“We are not going to stop the use of rubber bullets but we are going to change the standard operating procedures and we are also going to issue a new national instruction regarding how they should be utilised,” he said.

The expert panel was established on the back of the findings and recommendations of the Farlam Commission of Inquiry into the Marikana massacre, which on 16 August 2012, following a week of bloody clashes at the Lonmin platinum mine in Marikana, North West province, saw police open fire on a crowd of striking workers, killing 34 of them.

Headed by retired Judge David Ntshangase – who has since died – the 18-person panel wrapped up its work and submitted its report to the minister in July 2018. It’s taken almost three years for the report to be released to the public, with the delays having drawn sharp criticism from civil society.

The recent death of Ntumba – who died after being shot with rubber bullets, allegedly by police during Wits student protests in the Johannesburg city centre earlier this month – again prompted renewed calls for the process to be expedited and the report to be released.

Cele said at the release that legislative reforms to deal specifically with systemic problems of governance, leadership and accountability in the police had already commenced.

“The bulk of the recommendations are to be realised in the short to medium term as they are incorporated into the SAPS Act Amendment Bill,” he said and that the bill gave the assurance “no automatic rifles may be used in crowd control management”.

“It will also address matters of vetting and integrity testing for those employed under the SAPS Act, including municipal police,” he added.

Despite recent criticism, Cele was adamant the country’s POP units were at present better resourced than ever before.

“A total of nearly R598 million has been spent on resourcing and capacitating of POP units. These units are equipped with tools of trade such as two-way radios, loudhailers, video cameras and PA systems for ease of communication during operations,” he said.

“A total of 6,324 officers have been trained through numerous courses and found competent in proper crowd management. Officers in this unit have also been trained in the use of specialised equipment in the POP environment, including the use of water cannons and stun grenades. New generation water cannon driving workshops have also been conducted to further equip and empower officers.”

He also said all POP officers were now trained in first aid and vehicles used for the units’ operations were all equipped with first aid kits. This is in accordance with the expert panel’s recommendations. 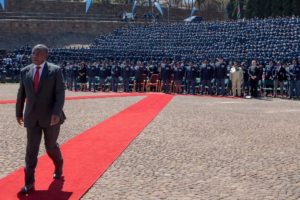 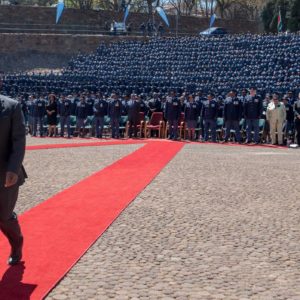