The strike action was sparked by a conflict between taxi drivers and taxi owners over the non-payment of Covid-19 relief funds to drivers. 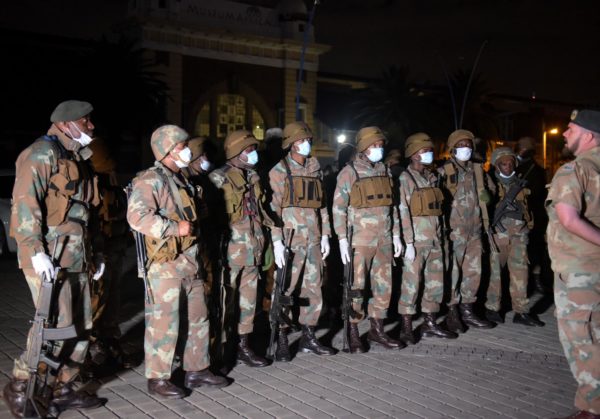 But Mayor Nqaba Bhanga has already written to President Cyril Ramaphosa requesting that South African National Defence Force (SANDF) soldiers be deployed to the city to quell the violence.

Bhanga told News24 on Friday that he wrote the letter to the president on Thursday because negotiations had reached a stalemate.

He said, despite an agreement having been reached on Thursday night between warring taxi operators and bosses, he would not withdraw his letter to Ramaphosa.

This was in case the strike action flared up again, if the demands of taxi drivers were not met.

Bhanga, the NMB Taxi Council, and taxi associations met on Thursday evening, reaching an agreement with taxi drivers to “partially” cease hostilities and allow for their demands to be addressed.

In Bhanga’s letter to Ramaphosa, which is in possession of News24, the mayor states: “Despite my efforts and that of our City officials to mediate in this matter, our efforts have not resulted in a positive outcome as yet.

“It is worth noting that the actual dispute has nothing to do with our respective government mandates, but our involvement is required as it is our residents who cannot attend schools, hospitals, shopping centres and place of work due to the protest action.

“Thus far, the South African Police Service has not been able to control the situation, and their limited human resources and capacity have not been able to quell the violent protests which have erupted in many parts of the city,” Bhanga wrote.

Bhanga appealed: “I, therefore, request that consideration be given to invoking the powers conferred upon you as the President of the Republic in terms of section 201(2) (a) of our Constitution dealing with the deployment of the SANDF to work co-operatively with the SAPS. I believe that restoring order and bringing back a measure of security at this stage is essential. I make this submission fully informed of the situation in our communities and the urgent need for action.”

In an interview with News24, Bhanga said: “If anything similar to what happened happens again, we are not going to play this time, the army will join the police because the residents are gatvol.”

The strike action was sparked by a conflict between taxi drivers and taxi owners over the non-payment of Covid-19 relief funds to drivers, who believed that the taxi bosses had pocketed the money.

The Uncedo taxi association denied that it had received any money, which ultimately sparked the conflict.

The drivers had allegedly been told by the labour department that it paid millions to Uncedo to compensate drivers for the inconvenience caused by the devastating pandemic.

The agreement to suspend the strike was reached late on Thursday.

Nelson Mandela Bay Taxi Council regional general secretary Andile Andries said: “We have partially resolved that the strike must be suspended, pending a process plan that needs to be followed with the department of labour.”

Andries said taxi drivers were requested to send their personal documents to the Department of Labour to verify payments.

Department spokesperson Ziphozethu Josefu said they would release a statement at a later stage. This will be added once received.

The taxi drivers were scheduled to meet at Dan Qeqe Stadium in Gqeberha on Friday morning to discuss a decision to return to work.

Soldiers could be deployed to assist police on voting day, says Bheki Cele
1 day ago
1 day ago
PREMIUM! Soldiers could be deployed to assist police on voting day, says Bheki Cele
1 day ago
1 day ago
PREMIUM!