One year on, and still no justice for murdered KZN environmental activist

To honour Fikile Ntshangase, who was shot by three unknown men, and other heroes standing up for the planet, a march has been arranged, as well as a day of remembrance. 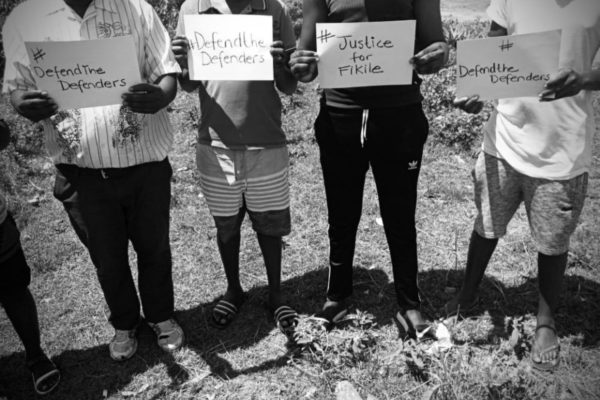 Last year, the world lost 227 climate warriors who were protesting to have their homes, land, livelihoods and ecosystems protected.

One such casualty was a KwZulu-Natal-based campaigner for the Mfolozi Community Environmental Justice Organisation (MCEJO). She was shot dead by three unknown men.

Her name was Fikile Ntshangase, and she was opposing the extension of the Tendele coal mine in northern KZN.

This Friday marks one year since her assassination, in which no arrests have been made.

To honour Ntshangase and other heroes standing up for local rights and opposing corporate industry interests, a march has been arranged, as well as a day of remembrance.

The activities are being arranged by climate and environmental justice attorneys All Rise, and will be joined by members of the public and the MCJEO.

The march and day of remembrance, taking place on Friday and Saturday, are intended to push Parliament and government to take steps to investigate the unsolved murders of Ntshangase and others who have lost their lives.

“This week takes me back to a time that I would give anything to forget. I miss my mom, my hero and my rock. I pray for justice and peace. I pray for her legacy to live on and that her spirit awakes in us all,” said the daughter of Ntshangase, Malungelo Xhakaza.

Ntshangase was murdered during a drive-by shooting in April 2020, at the home of Tholakele Mthethwa in Ophondweni, near Tendele mine, GroundUp reported last year.

Earlier in the year, a lead applicant in both the Tendele matter and the issue of Somkhele coal mine – which is blamed for polluting water sources and depriving local farmers of grazing and arable land – Sabelo Dladla, was also attacked at his home.

Dladla has since withdrawn as an applicant.

Tedele CEO Jan du Preez told GroundUp last year that deposits of anthracite at the mine’s existing diggings were coming to an end, hence the need to break new ground, or risk shutting down.

Du Preez said at the time that families in the Ophondweni and Emalahleni villages were holding the mine ransom, and had refused generous compensation offers to relocate.

Young said the MCEJO was investigating allegations from members that they had been offered hundreds of thousands to withdraw from litigation regarding the Tendele mine – something du Preez denied.

Additional reporting by Fred Kockott and Matthew Hattingh from Roving Reporters for GroundUp.