Mbalula ‘was upset by Guptas telling him of ministerial appointment’

Former SANDF chief General Siphiwe Nyanda says he has also met the Guptas during his time as a minister but that the meeting was inconsequential. 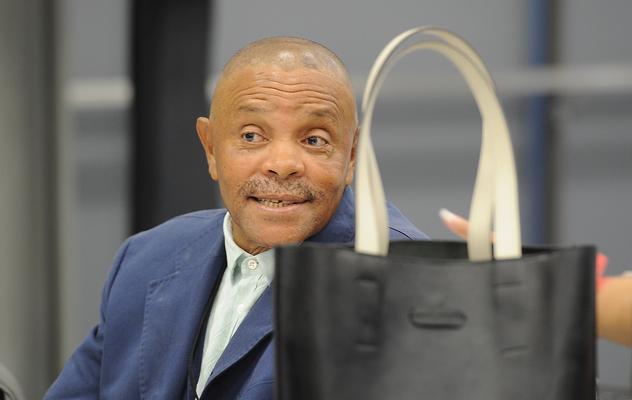 Former South African National Defence Force (SANDF) chief General Siphiwe Nyanda, who has served in the ANC NEC, told the commission of inquiry into state capture today that in his view former minister of sports and recreation Fikile Mbalula made the declaration about his interaction with the Guptas because he had been upset.

Nyanda, who has also served as a minister of communications, said though he cannot accurately recall when the ANC NEC meeting was held in which Mbalula made the declaration about his interaction with one of the Gupta brothers, he recalls that the meeting was held after the cabinet reshuffle of October 2010 “but it was certainly in 2011″.

“I remember there were elections in 2011 for local government,” Nyanda said.

Nyanda explained that at the time former state and ANC president Jacob Zuma would open and close the NEC meetings, with the president giving a summary of the salient points discussed during the sitting.

“Mbalula told the meeting, I can’t remember the context … that he was approached by the Guptas and told that he would become the minister of sports and recreation before he was informed by the president, and indeed he was appointed to that position,” Nyanda told the commission.

Nyanga added that Mbalula was upset because he was informed about his promotion by people who had no business knowing such information.

Nyanda, however, said he has no recollection of Mbalula shedding tears during his declaration at the meeting, a matter which former finance minister Trevor Manuel testified to earlier today.

“My recollection is that [Mbalula] knew exactly where he was going … that is what he told the meeting,” Nyanda said, disputing a statement by one of the Gupta brothers that when he had congratulated Mbalula on his promotion he had not mentioned which portfolio he would serve in.

Mbalula was appointed as minister of sports and recreation during the cabinet reshuffle of October 31, 2010, which saw Nyanda sacked as minister of communications, a position he had held since 2009.

Nyanda said he had heard “whispers” that he would be removed from cabinet.

Following his axing, Nyanda tried to engage members of the governing ANC and the president to question the reasons behind the reshuffle but did not “get a satisfactory answer”, he told the commission.

Nyanda said he has no recollection of the context in which Mbalula had made the declaration of his interaction with the Guptas.

“To me, it was a confirmation that the talk of the influence of the Guptas in government affairs was actually correct,” Nyanda said of Mbalula’s revelation at the ANC NEC meeting.

Nyanda said at the time Mbalula made the declaration,  he did not know of Mbalula having a relationship with the Guptas.

“I thought it was a genuine disclosure,” Nyanda said, adding that in his view, Mbalula wanted the party to address the matter because he had been upset by it.

Neither the president of the party nor its top six officials present at the ANC NEC meeting of August 2011, according to Manuel’s evidence, made any comments about Mbalula’s declaration, Nyanda said.

He said he expected that Zuma would make comments about the issue as he had the responsibility to appoint ministers and since he was tasked with closing the NEC meetings.

The chairperson of the commission, Deputy Chief Justice Raymond Zondo said it was concerning that the president and the party’s top six had not reacted to Mbalula’s claim because such a revelation should have been shocking.

“I am concerned about whether people who were at the NEC meeting regarded or would have regarded what Mbalula complained about as something that is wrong,” Zondo said, adding that the expectation would have been for those present at the meeting would have sought for the president’s comments and for solutions to address the issue.

Nyanda said neither the office of the ANC secretary general nor the working committee pursued Mbalula’s revelation and that it was not raised in subsequent NEC meetings.

Nyanda said at the time there were rumours that many of the changes in cabinet had been influenced by what was going on at the Gupta compound in Saxonwold or what the controversial family wanted.

Nyanda further told the commission that soon after his ministerial appointment in 2009 he met one of the Gupta brothers who came to his office with Zuma’s son, Duduzane, for an introduction and to introduce the family’s company, Sahara Computers.

He said later several “emissaries” would be sent to him to extend an invitation by the Guptas for a further meeting.

Nyanda said these “emissaries” were people he was “sort of close to”, however, though their identities are known to him, he said he would not reveal their names.