The commission said it will take steps to get the judgment and order of the Constitutional Court served on Mr Zuma. 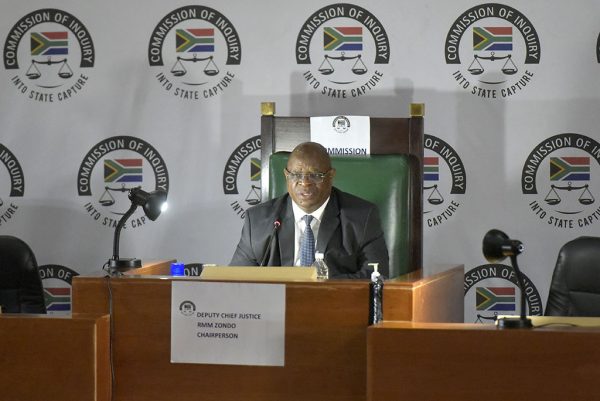 The commission of inquiry into state capture has welcomed the Thursday judgment by the Constitutional Court which ruled that former President Jacob Zuma must appear before it, and give evidence.

Justice Chris Jafta ruled that Zuma must honour the summons and directives to appear before the Zondo commission, and give evidence before on dates determined.

In a statement on Friday, the commission said it believes that the judgment upholds the rule of law and emphasises that no one is above the law.

The commission said it will take steps to get the judgment and order of the Constitutional Court served on Mr Zuma.

ALSO READ: ConCourt rules that Zuma does not have the right to remain silent at Zondo inquiry

“It is also of great importance that the court has made it clear that in proceedings of the commission, a witness has no right to remain silent and has emphasised that a witness who invokes the privilege against self-incrimination must demonstrate how an answer to the question asked would breach the privilege and that there are sufficient grounds that, in answering the question, the witness will incriminate himself or herself in the commission of a specified crime,” the commission said in a statement.

The Constitutional Court also slapped Zuma with punitive costs and ordered him to pay the commission’s legal costs, including those of the two lawyers.

Jafta granted the state capture commission direct access to present its case against Zuma before them.

They dismissed the application of amicus curiae – friend of the court – by Advocate Vuyani Ngalwana, who had pressed for President Cyril Ramaphosa to be included among those called to testify before the commission to answer for his alleged role in state capture.