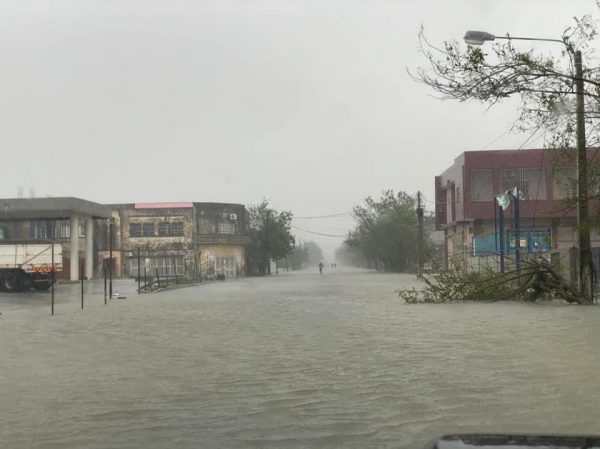 Parts of Beira flooded as a result of Cyclone Eloise. Picture: Twitter

Tropical cyclone Eloise weakened into an overland depression with winds late on Sunday with winds of 55km/, however, the port city of Beira the damage was done.

The South African Weather Service said depression Eloise is currently over the extreme northern parts of Limpopo which have resulted in heavy rain in some areas of Limpopo and Mpumalanga on Sunday.

The Limpopo provincial disaster management structures were on high alert ahead of tropical cyclone Eloise, which is expected to hit the Vhembe, Capricorn, Sekhukhune and Mopani districts from Sunday.

The rainfall will later hit northern KwaZulu-Natal, the main concern is heavy rainfall, as winds won’t be a heavy impact.

Mozambique is still recovering from the devastating impact of Cyclone Idai of 2019 which resulted in the death of about  1,000 people.

Residents of the northern parts of Limpopo shared on Twitter of videos of some of the heavy rains experienced in Thohoyandou and the light-moderate winds.

The province’s disaster management structures said on Saturday they were in high alert for any eventuality, while districts have activated their Joint Operation Centres to swiftly deal with any eventuality.

Mozambique has been through a lot .May God heal this land.#CycloneEloise pic.twitter.com/6tbcuMTbza