The majority of new cases currently are from KwaZulu-Natal (27%), followed by Western Cape (17%). 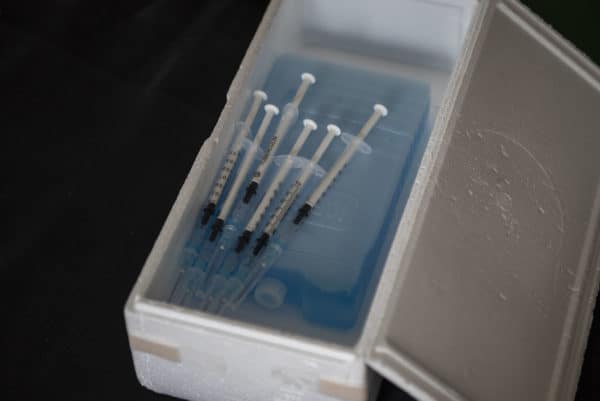 According to the Department of Health, the country administered 178,685 jabs in the last 24 hours.

Of those, 100,853 people received their second and final dose of the Pfizer jab.

“The latest data shows that there are now 11,848,356 citizens who have been vaccinated out of the 39,798,201 individuals that the government is targeting before the end of December,” said the department.

ALSO READ: Those who have ‘vaccine passport’ will travel

As of Tuesday, South Africa has recorded 2,886,331 positive cases of Covid-19, with 2,197 new cases identified since the last report, as per the National Institute for Communicable Diseases (NICD).

This increase, according to the institute, represents a 6.1% positivity rate.

The majority of new cases currently are from KwaZulu-Natal (27%), followed by Western Cape (17%).

“The current surge in Covid-19 infections seems to be showing signs of a sustained downward trend,” said NICD in a statement on Tuesday.

Still not enough vaccines for Africa

African countries administered four times as many Covid-19 vaccines as they have in the past three-to-four weeks, according to the World Health Organization (WHO) regional director for Africa, Dr Matshidiso Moeti.

Moeti said the increase in vaccinations was due to the fast-tracked delivery of those doses.

“I am encouraged that when deliveries pick up – as they have after a new standstill for months – African countries show the resolve to keep the vaccine rollouts moving.”

“Last week, 13 million doses were administered in Africa, up from a weekly average of three to four million in the previous weeks,” she said.