He says he was happy with how the community has welcomed vaccination programme especially in the time when vaccine hesitancy was high. 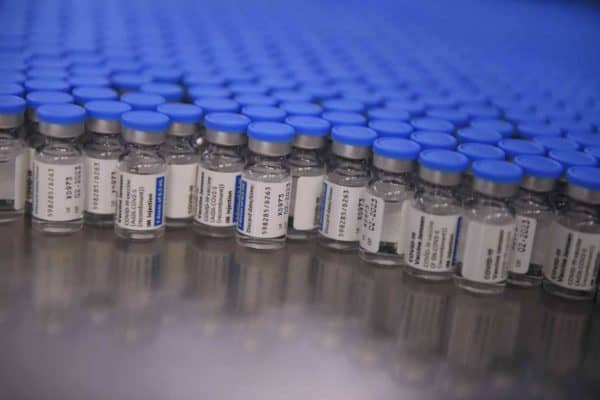 An Eastern Cape village chief has urged fellow compatriots and traditional leaders to take a stance against Covid-19 after losing two siblings in one day due to the virus.

Chief Gwadiso of the Khonjwana village in Engceleni told The Citizen that he has since realised that vaccination was the only hope for the people against the virus.

“People must be encouraged to get the vaccine, to be protected against the deadly virus,” said Gwadiso.

“I have taken the first step to get vaccinated to show the people I lead that vaccines are our only hope for survival and that they do not kill.

“On the 6th of December, my older sister passed away due to Covid complications, on the very same day hours later my other sister who is a first born died to Covid complications. Immediately after we had buried my sisters, my older sister’s son also passed away due to the same virus a day later. Days later, two other family members tested positive and were hospitalised, luckily they survived.”

He said he was happy with how the community has since welcomed vaccination programme especially in the time when vaccine hesitancy was high.

“The community has welcomed government initiative and almost everyone in our village has made use of the opportunity to get vaccinated both young and old.”

Last month, the Eastern Cape, a leader in the country’s vaccination drive, attributed its success to intensive vaccination campaigns at grant pay points, pop-up weekends and a network of jab sites at strategic points.

The province’s programme was boosted with west, east and northbound rail corridor vaccination coverage with the arrival of Transnet’s Transvaco Vaccine Train.

With more than 21.8% of more than 4 million eligible people full vaccinated, it is the most successful province in the country and is inching closer to its vaccination target of 4.9 million people to achieve herd immunity.

This is a change in direction after the Eastern Cape was in the headlines for the wrong reasons late last year when it became a Covid hotspot.

There was panic when its public and private hospitals were overwhelmed with infected patients, some of whom had to be turned away.

Even Minister of Health Dr Joe Phaahla was impressed with the Eastern Cape vaccination turnaround and praised it for leading the way countrywide.

Health MEC Nomakhosazana Meth said: “To improve access to vaccination, we have travelled the length and breadth of our province, taking this crucial and lifesaving service directly to people.

“We have done this by partnering with businesses, government entities, NGOs, civil society and communities at large.”

ALSO READ: Ramaphosa tells voters he has ‘no problems in the bedroom’

She said while they had managed to reduce vaccine hesitancy, there was still reluctance, mainly among men.

“We can’t afford to have the vaccination programme stagnate. We encourage men of our glorious province to heed the call to get vaccinated.

“Our message to them is: come out in numbers and get vaccinated. We are confident that they will indeed come in numbers to this train,” Meth said.

She said with the Transvaco vaccine train, “we’ll be able to reach more people”.

“It will certainly increase the protection of our citizens from severe illness, hospitalisation and death,” Meth said.