But Proteas coach Russell Domingo warns the top order in the ODI side is settled and various others are also knocking on the door. 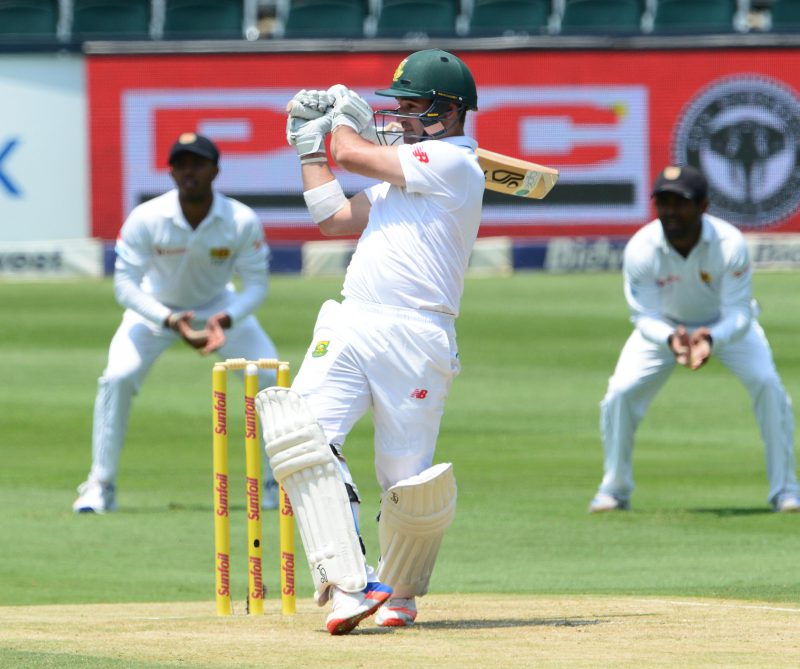 Dean Elgar believes he can play these type of attacking pulls in white-ball cricket too. Photo: Lee Warren/Gallo Images.

Dean Elgar might now be considered the bolter of the Proteas’ Test batting line-up after his Man-of-the-Series performance against Sri Lanka.

But he doesn’t want to stop there.

In fact, following Rilee Rossouw’s departure on a Kolpak contract, the gritty opener wants to be a one-day player too.

“I very much want to play white-ball cricket for the Proteas,” said Elgar.

“There’s nothing wrong with my technique against the white ball. I really think I have a lot to offer.”

The 29-year-old notably led the Titans to the domestic One-day Cup final in 2014/15, scoring 440 runs in the process as well and actually boasts a very good record in the format.

Yet Russell Domingo, the Proteas coach, isn’t quite sold on the idea, especially with AB de Villiers returning as captain for the series against the Islanders.

“The one-day batting line-up is quite settled. In particular, there isn’t much room in the top six at the moment,” he said.

“That said, Dean is definitely a very suitable player in one-day cricket. He can easily slot in the top three and has the numbers to back it up. He’s in the mix with quite a few others like Theunis de Bruyn and Temba Bavuma.

“I’m happy with the amount of fringe players we could look at.”

It’s not words that will discourage Elgar because he has another card up his sleeve – his more that useful left-arm spinners.

“I don’t bowl much in the Test side because I probably can’t offer all that much,” he said.

Dutch cricketers to stay in SA, for now — and India tour under threat
11 hours ago
11 hours ago

UPDATE: Verreynne stars as Proteas post 277 against Netherlands
12 hours ago
12 hours ago

Dutch cricketers to stay in SA, for now — and India tour under threat
11 hours ago
11 hours ago

UPDATE: Verreynne stars as Proteas post 277 against Netherlands
12 hours ago
12 hours ago