The South African men make a clean sweep of the podium of a World Cup event for the first time ever as they build on recent success. 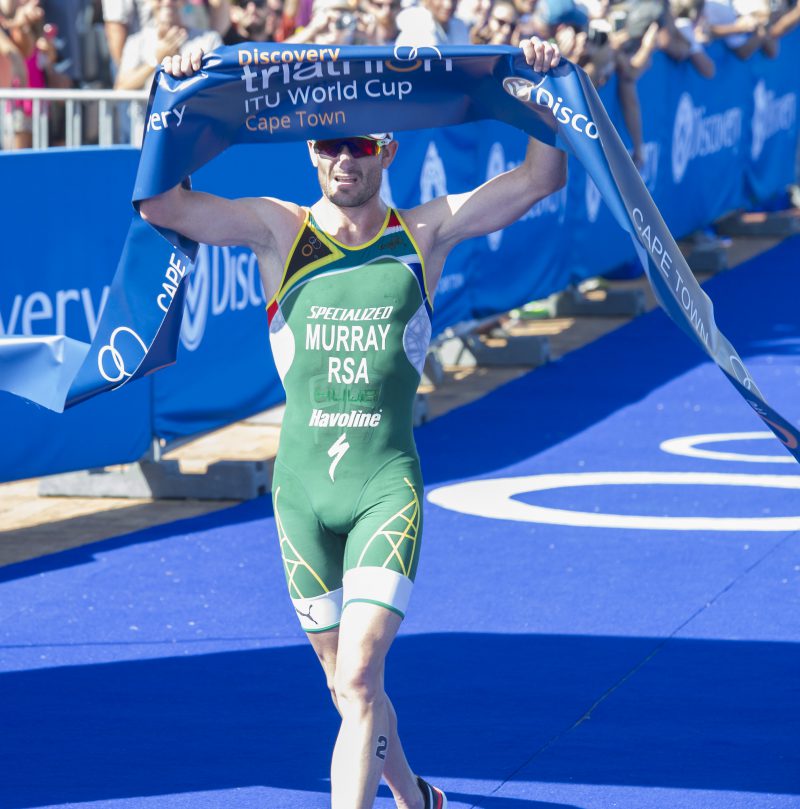 Despite having to stop for 10 seconds on the run leg after failing to put his cycling helmet in its designated box, he secured a convincing victory in warm conditions.

“Our shoes are usually placed on the left of the box, but this time the shoes were inside the box so I just threw the helmet aside, and I think it was a bit of a fault from the event organisers,” Murray said.

“I thought I might lose this one due to the penalty, which would have been sad, but I’m very happy with the way it ended up.”

It was the first time SA athletes swept the podium in a World Cup contest, and Schoeman was delighted they were able to do it on home soil.

“The first race of the season is always a bit of a shock to the system, and I felt a bit sluggish in getting the engine started,” Schoeman said.

“But I’m happy with my form at this stage and I think South Africa had a great day, so we can all go celebrate now.”