Andy Birkett powers on but an Olympic heroine is biggest winner

Olympic bronze medalist Bridgette Hartley reminded of London 2012 as the streaked to second in the women's race of the Dusi Canoe Marathon. 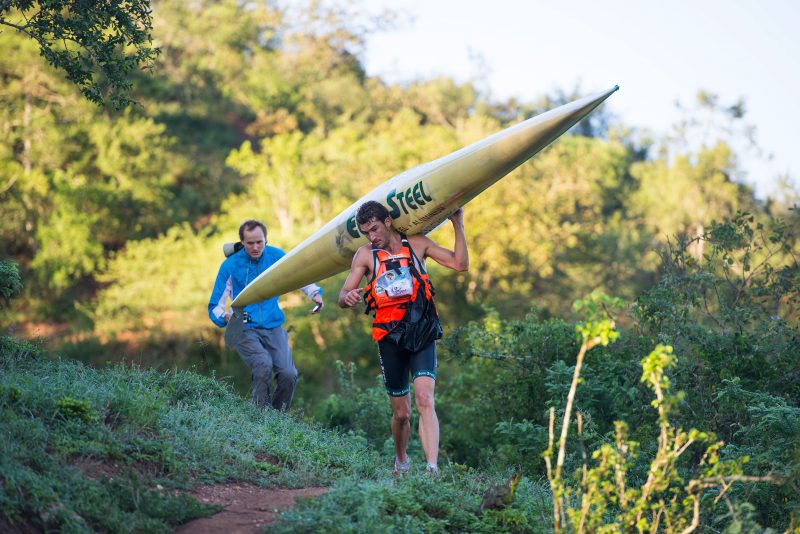 Andy Birkett looked set to clinch his seventh Dusi victory, while Abby Solms remained on target for a maiden title on Friday, on the second stage of the Dusi Canoe Marathon in KwaZulu-Natal.

Dominating the penultimate leg of the three-day river contest, Birkett powered his way towards Durban, completing the 46km stage in 3:14:58 and extending his overall advantage to more than 20 minutes.

The runaway leader said his main aim was to remain focussed and avoid trouble.

“I was tired but I wasn’t stressed because I know that if you stress then you have the chance to make mistakes,” Birkett said.

“Two years ago I made a big mistake at Thombi and Hippo (rapids) purely because I was stressing about being caught instead of concentrating on my race.”

Further back, multiple world marathon champion Hank McGregor chased down Sbonelo Khwela and edged him out in a sprint for the line to grab second spot on the stage.

The duo were set to start together on Saturday, in a closely contested battle for the second spot on the podium.

In the women’s race, Solms also had no trouble up front, covering the stage in 3:35.10, and she too was around 20 minutes ahead of her nearest challenger going into the last day of racing.

“It’s comforting to know that I have such a substantial lead and tomorrow I am not under too much pressure,” Solms said.

Former Olympic sprint medallist Bridgitte Hartley worked hard to close the gap on teenager Christie Mackenzie, and she burst clear to build an advantage of more than 13 minutes on the junior paddler as she moved into second place overall.

After a brutal opening day on her K1 Dusi debut, Hartley was delighted with her recovery.

“I definitely had a much better day today. I tried to keep calm in the beginning and get through the few obstacles along the way,” Hartley said.