ASA president Aleck Skhosana tries to limit the fallout from a controversial national team by saying changes are still possible. 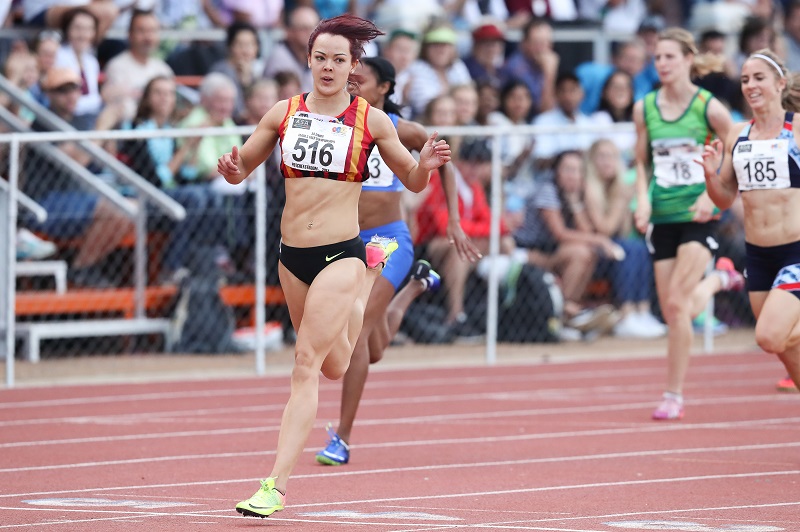 Alyssa Conley, the national 100 and 200m champion, was controversially left out for the World Champs. Photo: Roger Sedres/Gallo Images.

Some changes are expected to be made to the controversial national team announced last week for the IAAF World Championships in London next month, Athletics South Africa (ASA) president Aleck Skhosana has confirmed.

While the International Association of Athletics Federations (IAAF) stuck to its standard single qualifying criteria, the national federation had set A and B standards, apparently for cost-cutting purposes.

Though some B-standard qualifiers were selected in the 24-member team, however, a number of others lost out.

The first appeals were filed by athletes within an hour of the team being released in an internal document to ASA provinces on Friday.

With the IAAF covering the costs of only a handful of athletes, based on finalists at the 2015 edition of the biennial showpiece in Beijing, Skhosana said they had opted to select B-standard qualifiers based on international rankings.

“The selectors reserve the right to select those people (B-qualifiers) they choose in terms of rankings in their disciplines,” Skhosana said yesterday.

This same process had been used to select the team for the recent World U-18 Championships in Nairobi where both squads finished top of the medals table.

“We have a push-pull strategy to make sure athletes go through to the semifinals and finals,” Skhosana said.

While separate selection panels picked the road running and track and field contingents, there were a number of athletes who were chosen for the team despite being ranked lower than those in other disciplines.

The marathon team was the most inclusive discipline in the squad, while some track and field disciplines were left with no representatives despite boasting B-qualifiers who were considered to have potential to reach semifinals of their events.