Samaai battles but holds on for second place

Samaai produced a best leap of 8.03m, which was well outside his best this season. 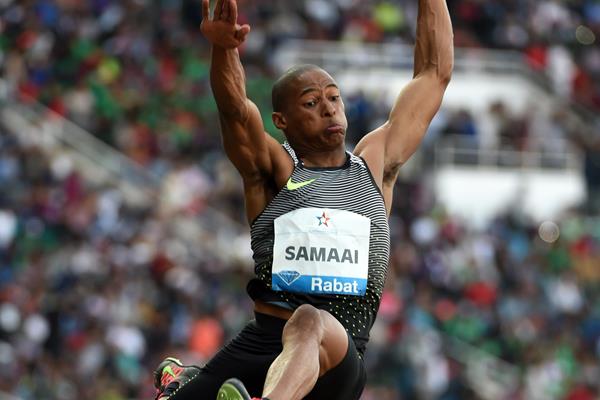 It was not the best day out for South Africa’s long jumpers on Sunday, though Ruswahl Samaai was able to put up a fight for a place on the podium at the Diamond League meeting in Birmingham.

Samaai, the bronze medallist at the recent World Championships, produced a best leap of 8.03m, which was well outside his best this season.

He grabbed second spot, however, behind American Jarrion Lawson, the World Championships silver medallist who took the win with an 8.19m effort. Former national record holder Khotso Mokoena was also well below his best and he settled for eighth position with a jump of 7.70m.

Double amputee sprinter Ntando Mahlangu was perhaps the best of the small South African contingent at the last stop on the Diamond League circuit ahead of the two-leg final.

Mahlangu clocked a personal best of 23.16 seconds to win the men’s T42 200m race, with the 15-year-old Paralympic silver medallist setting a personal best and finishing more than three seconds clear of his nearest opponent.