South Africa's queen of the track won't have to suppress her natural testosterone levels anymore, promising even more brilliant performances. 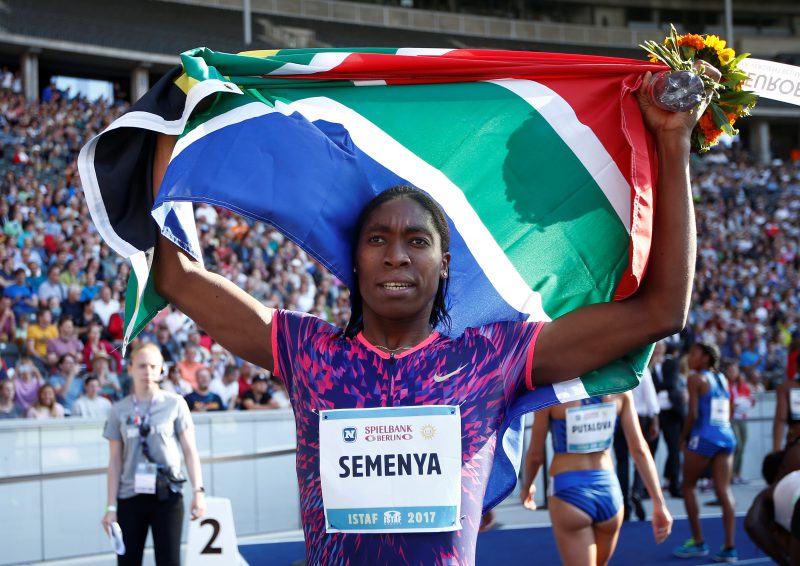 The International Association of Athletics Federations (IAAF) has confirmed it will amend its ruling which forces athletes with hyperandrogenism to reduce their natural testosterone levels.

“Council approved a request to revise the competition regulations for track events whose distances range from 400 metres up to and including one mile,” the IAAF revealed after the second day of its council meeting in Birmingham on Tuesday.

“Following some further drafting, the regulations will be communicated to CAS (Court of Arbitration for Sport) before being released.”

Though it was clear that athletes with hyperandrogenism were not intentionally gaining an unfair advantage due to elevated levels of natural testosterone, IAAF president Sebastian Coe said a line had to be drawn in order to separate men’s and women’s divisions in competition.

“This is not about cheating. No hyperandrogenic athlete has cheated,” Coe said.

“This is about our responsibility as a sport federation to ensure a level playing field.”

In July 2015, CAS suspended the IAAF’s hyperandrogenism rule, and the governing body was given two years to prove that performance levels were unfairly elevated by natural testosterone.

The IAAF filed a report last year with draft revised regulations for track athletes competing over specific distances, but Indian sprinter Dutee Chand argued that the governing body had not supported its existing regulations, and the case was postponed for six months.

The court had said at the time it would accept proposed draft regulations from the athletics body, though the new ruling had not yet been sent to CAS for a final stamp of approval.

While the controversial hyperandrogenism issue centred around Chand, who had urged CAS to assess the IAAF rule, Semenya had also become a key figure in the ongoing debate.

After struggling to find her best shape for a few years, with her natural testosterone having apparently been suppressed, Semenya rocketed back into form after the IAAF rule was provisionally scratched two years ago, winning world and Olympic 800m titles.

Despite some of the other issues which had hampered her performances during her lengthy slump, including knee injuries and the juggling of coaches, she had been repeatedly cited as an apparent example that elevated levels of natural testosterone gave athletes an unfair advantage.

Numerous international athletes were believed to have been born with the same condition, including Semenya’s perennial rivals Margaret Wambui of Kenya and Francine Niyonsaba of Burundi, but the South African’s better performances had seemingly shoved her to the fore of the issue.

The revised IAAF regulations would come into effect in November this year, the global body anticipated, and any limitations placed on athletes were expected to have little or no effect on the 2018 season.