Athletics SA believe Ann Ashworth has brought the federation into disrepute but they are rather light on substantiating their claims. 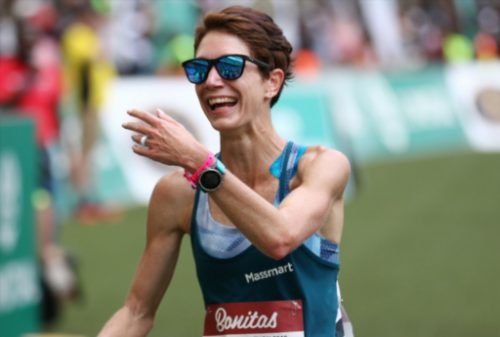 With disciplinary proceedings hanging over her head, and a possible suspension from the sport, elite ultra-distance runner Ann Ashworth says her athletics career has been placed in limbo.

After winning the women’s race at the 90km Comrades Marathon in KwaZulu-Natal last month, Ashworth withdrew from the national squad for the 100km World Championships in Croatia in September, with Athletics South Africa (ASA) giving athletes less than two months to prepare for the gruelling contest.

Subsequently speaking out, she made multiple public statements criticising the federation’s approach to team selection, preparation and support.

Despite tens of thousands of amateur runners and walkers participating regularly in domestic road races around the country, however, Ashworth struggled to gain significant backing, with only a few hundred people showing support for the campaign.

“In hindsight there probably was a better way to handle my withdrawal from the team,” she said in a recent statement.

“But I wanted to draw attention to the fact that the team’s selectors weren’t really doing me any favours.”

Late last week, she was notified by ASA of disciplinary proceedings, with the federation laying three charges against Ashworth for allegedly bringing the federation and the sport into disrepute, as well as contravening a licence number violation and a pacing rule violation after she ran a third of the Comrades race with her husband.

An advocate who previously launched the Born2Run and Massmart clubs which focussed on supporting elite and developing athletes, Ashworth was concerned the disciplinary process would affect her preparation for the 2019 Comrades race.

“I don’t know when I’m going to be able to run my qualifying marathon,” she said.

“That’s why this issue can’t be indefinite and we need to resolve it soon. I can’t exist in limbo.”

The strength of ASA’s case is yet to be established with a number of the statements lacking explanation.