The 37-year-old ring veteran, trained by Colin Nathan at the Hotbox Gym in Johannesburg, said the purse offer wasn’t even a consideration to him, he just wanted to get in the ring and “show Campbell who is boss.” No sooner had the ink dried on a signed contract than ring-wise veteran Ryno Liebenberg was already throwing the first verbal punches at his arch-nemesis Rowan Campbell.

“Thanks for growing a pair and signing the contract,” he blurted out. I hope they (the promoter) eventually offered you (Campbell) everything that you stipulated that you wanted.”

The off=again-on-again local super-fight that South African boxing fans have been baying for between unbeaten super-middleweight prospect Campbell (12-0-8 knockouts) and Liebenberg (20-7-1-13 ko’s), looks like it will finally make it into the ring at Emperor’s Palace on 13 March.

Amid much hype, the fight was due to have taken place in December, but after failing to agree suitable financial terms with the Campbell camp, it was canned.

Promoter Rodney Berman of Golden Gloves and Campbell’s management appear to have now finally buckled under the weight of public pressure and seem intent on delivering the fight the fans want.

The showdown will feature as the main supporting bout to Kevin Lerena’s tilt at the fledgling WBC bridgerweight silver title against Belgian opponent Bilal Laggoune and sadly, if Covid-19 lockdown regulations persist, no fans will be allowed.

“Hopefully he’s got over all his insecurities by now and they have offered him (Campbell) enough money to the moon and back (sic), the promoter has complied with all his demands and he’s ready to fight now,” said Liebenberg.

IBO All-Africa champion Campbell, who falls under the mentorship of trainer Peter Smith, and Liebenberg, have both been inactive for a lengthy period.

Campbell last fought in November 2019 when he stopped the string bean light-heavyweight Nicholas Radley, while Liebenberg had an eight-round workout against Alex Kabangu in March last year.

“I’m not the one who didn’t sign the contract on numerous occasions, I’m the one who has been pushing for the fight the past two or three years. I have nothing to prove, he has everything to prove. I’m looking forward to it,” added Liebenberg.

The 37-year-old ring veteran, trained by Colin Nathan at the Hotbox Gym in Johannesburg, said the purse offer wasn’t even a consideration to him, he just wanted to get in the ring and “show Campbell who is boss.”

“It’s a huge local fight everyone wants. It’s never been more than that for me. I always said to myself I just want to end my career on my own terms and this is one of the options. I want one last, big local fight and the only guy to fight out there right now to me is Rowan.”

In the twilight of his career, clearly Liebenberg wants to go out with a bang. “Last year I wanted to retire, I promised that to my family, but then Covid happened.

“I want one big last local showdown and Rowan is the only guy that can give me that fight. Then maybe one more international fight and then I will call it a day.” 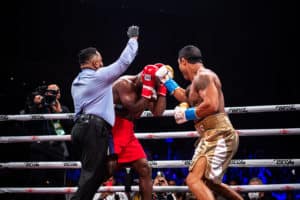 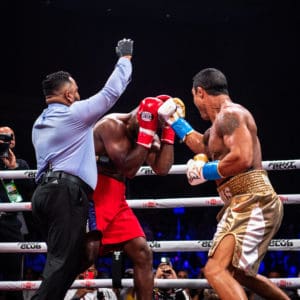 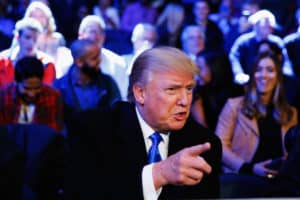 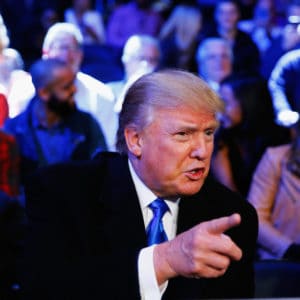 Let's get ready to rumble! Trump enters the commentary box
1 week ago
1 week ago

Let's get ready to rumble! Trump enters the commentary box
1 week ago
1 week ago