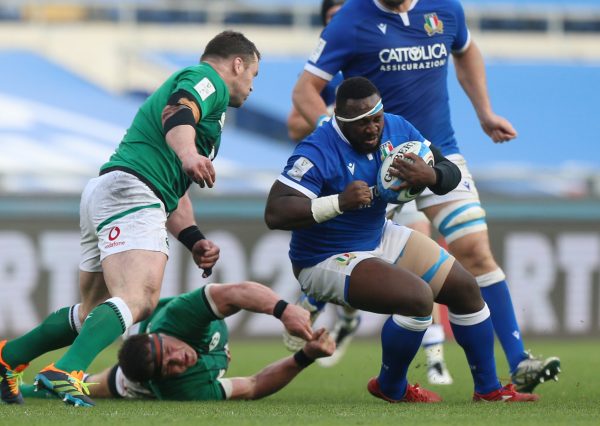 “Traore suffered a fracture of the right radius,” the FIR said in a statement.

“Together with the medical staff of his home club, the possibility of surgery will be evaluated in the coming days.”

Gloucester scrum-half Stephen Varney dislocated the fifth finger on his left hand in the warm up with Callum Braley taking his place in the starting line.

The Azzurri fell to a 30th consecutive defeat in the tournament with their final two games against Wales in Rome and Scotland in Murrayfield.

Italy’s last Six Nations win was against the Scots in Edinburgh in 2015.