‘Even with no crowds, Lions series will be like World Cup final’

Director of Rugby Rassie Erasmus said the series would be "fantastic" and "special" because it happens only every 12 years. 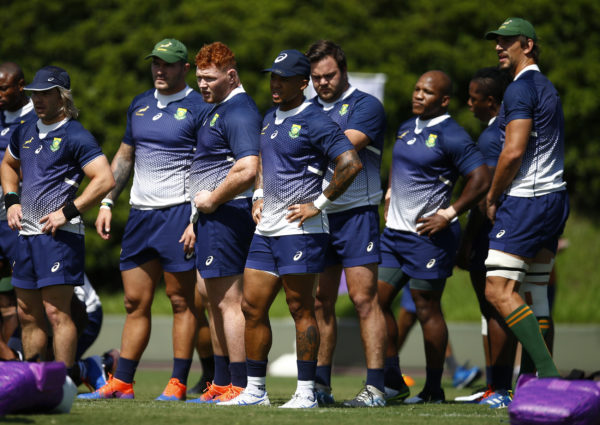 The Springboks of 2021 will get to experience something "special" and rare, according to SA rugby boss Rassie Erasmus, when they come up against the Lions in July and August. Picture: Steve Haag/Gallo Images

South Africa’s director of rugby Rassie Erasmus said on Friday that the British and Irish Lions tour is special because so much else in the sport has lost its sparkle.

Erasmus, who made his Test debut in the final match of the 1997 Lions tour, and Springbok coach Jacques Nienaber were clearly like kids on the night before Christmas on Friday when they unveiled their planning for the epic series against the best of Britain and Ireland, with the South African squad confirmed to be announced next Saturday.

“It was really special to play my first Test in the third match of that series, but I was 24-years-old and maybe didn’t understand as much how special it was,” Erasmus said on Friday.

“The players get it now; playing against the Lions is a rare, special thing. There are a lot of things in rugby that are not special anymore because we have so many different matches now.

“So it’s going to be fantastic to have the Lions here, even with no crowds. It only happens every 12 years; it’s like a World Cup final, and we nearly missed out on it because it couldn’t be postponed, that would have messed up the whole schedule for overseas countries for the next 10 years.

“So we would rather have it with no crowds than not have it, we were even willing to play anywhere in the world.”

While SA Rugby will continue efforts to have some spectators allowed at the games, Erasmus said they were mindful of ensuring they do the right thing.

“We’re preparing as if there will be no crowds, which will have a massive effect on how it feels at the ground, in terms of home advantage and on the way we communicate. But most of the players have experienced this before,” Erasmus said.

“We are trying really hard to have crowds allowed, but we are also very serious about following the government regulations.

“Hopefully government can see that we are reliable and supportive and maybe things will change. Even 25% capacity in one of the big stadiums would be a good crowd.”

The director of rugby confirmed that the entire Springbok squad and management would be vaccinated against Covid-19 before going into a had bubble for the series.

ALSO READ: Boks to be vaccinated soon ahead of busy Test schedule