Battling Proteas staring down the barrel in Dunedin

Luck runs out for the South African batters as cautious batting and fine spin bowling leave them in trouble in the first Test against NZ, Faf du Plessis is probably the only factor that stands between New Zealand and victory in the first Test in Dunedin.

The Proteas skipper doggedly clung on on Saturday to keep the home side at bay, who are sniffing blood after reducing their opponents to 224/6 at the end of day four.

That represents a lead of only 191.

Du Plessis remains unbeaten on 56 but he only has the tail for company now and needs Vernon Philander, who is competent with the bat, to support him effectively.

The scary part about South Africa’s difficult day is that it could’ve been far worse.

New Zealand’s catching let them down badly, especially in the first session when they dropped both Dean Elgar and JP Duminy early.

The Black Caps would’ve been particularly frustrated with the way they let Elgar off the hook, who was one again magnificent in scoring a patient 89.

Given that he scored 140 in the first innings, the Proteas opener now truly is one of the side’s biggest stalwarts.

But Elgar had nervous moments, notably when the edge he offered of Jimmy Neesham was dropped and a drive burst through the hands of the cover fielder.

New Zealand’s use of the decision review system was also dodgy as they wasted both their reviews whilst missing an obvious one.

Yet the Proteas’ luck had to run out.

Duminy (39) was trapped in front by Neil Wagner’s (2/57) reverse swing, while one of Elgar’s rare attacking strokes led to his downfall.

It was then the turn of the home spinners, Jeetan Patel and Mitchell Santner to weave some magic.

Pitched outside the left-hander’s leg-stump, the ball turned square to hit off-stump.

It was a dream delivery, worthy of bamboozling a talented batter like De Kock.

The weather forecast for Sunday’s final day looks suspect but the Proteas can’t rely merely on the elements to save them. 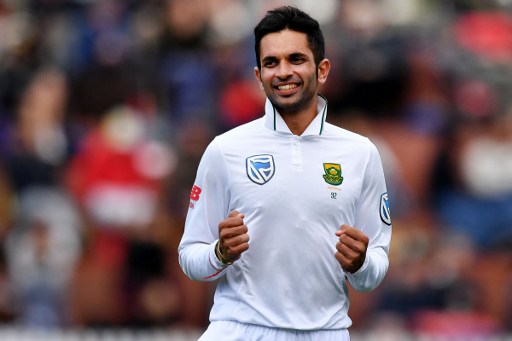