Evergreen Tahir (finally) reveals a bit of his future plans

The Proteas' leg-spinner isn't going to play on forever ... even if it feels that way. 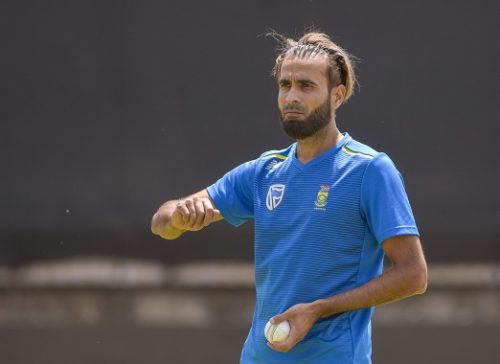 The way things are going, Imran Tahir is going to bowl for the Proteas until he’s 60-years-old.

South Africa’s premier spinner in the limited overs formats has show remarkable longevity and will actually reach the magical 40 mark well before next year’s World Cup in England.

While his future plans have always been a bit of a mystery, Tahir on Tuesday revealed a glimpse.

“To be honest, I think it’s a bit early for me to say what my plans are definitively. I’m loving the game at the moment still,” the tweaker said ahead of Wednesday’s second ODI against Zimbabwe in Bloemfontein.

“But I’d probably have to say that if I make the World Cup squad, I’d probably call it afterwards. Like I said, I don’t want to think too much about it now.”

Very much aware of the progress men like Tabraiz Shamsi and Keshav Maharaj have made at international level, Tahir insists that his 39-year-old body is as fit as ever.

“I’ve been working really hard on my fitness because we’ve got so many fit and performing guys in the team. And if I’m going to uphold that standard, I’m going to have to be in top shape,” he said.

Tahir doesn’t regard the form of Shamsi, who was excellent in Sri Lanka, as a threat.

Instead, he embraces not only the competition but the opportunity to play a mentoring role.

“It’s nice to see how the guys are developing. Shammo (Shamsi) really deserves to be where he is. I want to share all my knowledge with my teammates. It’s always been my philosophy, wherever I play in the world.”